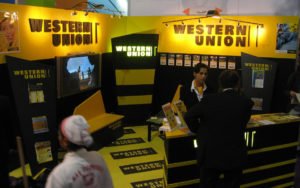 A business owner has posted a YouTube video asserting that Western Union inexplicably banned him for life as a result of his dealings in central Africa. Bitcoin fixes this.

Ban Comes Without Explanation
In the video Ben Taylor, a.k.a. Pleasant Green, discusses the establishment of a photography business in Africa that included charity work. He asserts that for over three years he used Western Union to send money to Liberia without incident. However, after attempting to wire funds elsewhere on the continent, the money transfer firm first blocked his transfer and then informed him that he had been banned for life.

Taylor notes that he went to great lengths to prove to the money transfer business that he was not a scammer, and did not work with scammers. Nevertheless, he has been given no explanation as to why he is no longer permitted…

Where Has All The Money Gone? Looking Into Crypto Projects Who Pay Token Holders

Where Has All The Money Gone? Looking Into Crypto Projects Who Pay Token Holders

As the number of cryptocurrency projects continues to grow, it’s becoming harder for teams to rise above the rest and incentivize investors and users...

Bitcoinist.net: Bitcoin remains below key resistances, but this hasn’t stopped investors from becoming extremely bullish on the asset. Key on-chain data indicates that the propensity that...