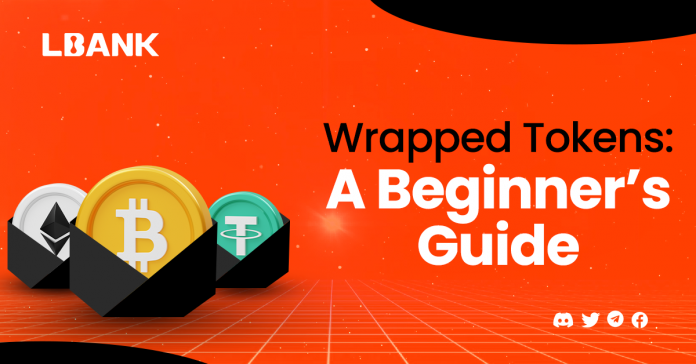 Wrapped tokens are a method of transferring cryptocurrency that involves using the underlying technology of the blockchain to convert one form of digital currency into another.

The term “wrapped” refers to the process of converting one token into another token, which is then wrapped and transferred to a new holder.

Wrapped tokens have been around since 2013 and have been used in several different ways: as a way to exchange cryptocurrencies directly with other users without having to worry about technical issues, as a way to create new assets based on existing ones and as a way to make coins more secure.

What are wrapped tokens?

A wrapped token is a coin that has been paired with another cryptocurrency. The wrapping process allows users to move their coins quickly and easily; while also allowing them to benefit from the features of the paired cryptocurrency.

How do wrapped tokens work?

Tokens that are wrapped represent a way to trade different assets on platforms like Ethereum. When a merchant requests it, a custodian mints the wrapped token based on the amount of the original token sent.

In a similar procedure, when a trader wants to convert the wrapped token back into the original asset or another coin, like Bitcoin, they request that the custodian release the token from the reserves.

Pros and cons of wrapped tokens

Wrapped tokens have several advantages and can be used in a wide variety of contexts. The following are some of their benefits:

The wrapped token is an important type of token because it allows users to trade in assets that they might not otherwise have access to. For example, if you want to trade in a currency that is not supported by your local exchange, you can use a wrapped token.

Wrapped tokens have the advantage of being more stable than other types of tokens. This is because the value of a wrapped token is backed by another asset.

Wrapped tokens are also becoming more popular because they offer a way to trade in assets without having to worry about the volatility of the market.

Another benefit of wrapped tokens is that they add liquidity to the protocol. By wrapping their tokens, users can increase the pool of available tokens to trade. This added liquidity can result in better prices for users when they are ready to trade.

Wrapped tokens come with some limitations, one being that traders can’t independently use wrapped tokens for cross-chain transactions.

They can be slightly more complicated to use than regular tokens. For example, users need to understand how to deposit and withdraw their wrapped tokens from the pool.

Another limitation is that a custodian is still required to hold funds — which goes against the open and decentralised nature of blockchain ecosystems.

Token holders are not entitled to any rights or benefits other than speculative value, and the value may fall due to market fluctuation. If the token holder wishes to store their ERC-20 tokens outside the contract’s limits, they will probably have to deal with a service provider.

How to buy wrapped tokens

If you are interested in buying wrapped tokens, there are a few different ways that you can do this.

One way is to buy them from an exchange. Many different exchanges support the trading of wrapped tokens or through an ICO (Initial Coin Offering. Wrapped tokens let you buy into an ICO without having to wait on a list or register early; they’re basically like coupons that allow you to purchase coins at a discounted rate.

Wrapped Tokens are also known as; ERC20-compliant tokens, smart tokens, or Ethereum-backed tokens. They are built on top of Ethereum smart contracts, which makes them easy to manage and transfer between different platforms without any hassle.

The purpose of a wrapped token is to make it easier to use the underlying asset in different contexts. For example, wrapped BTC can be used on a blockchain that does not support BTC natively.

Wrapped tokens work by pairing one cryptocurrency with another. For example, if you wanted to move your Bitcoin to Ethereum, you could do so with a wrapped token. This would allow you to use Bitcoin’s features in Ethereum without having to convert it into an Ethereum-specific token first.

​​Disclaimer: The opinions expressed in this blog are solely those of the writer and not of this platform.

This article came directly from the LBank blog, found on https://medium.com/lbank/wrapped-tokens-a-beginners-guide-b7ff2b3bb8e0?source=rss-87c24ae35186——2

Related article | An Introduction to Stablecoins: What They Are and How They Work | by LBank Exchange | LBank | Jan, 2023
Previous article
Bitrue Invites you to Pick Your Favorite GameFi Project! | by Bitrue | Dec, 2022
Next article
The ETH Merge Has Finally Been Successfully Completed. What is next? | by FMFW.io