Will Twitter become a Web3 platform with the leadership of Elon Musk? 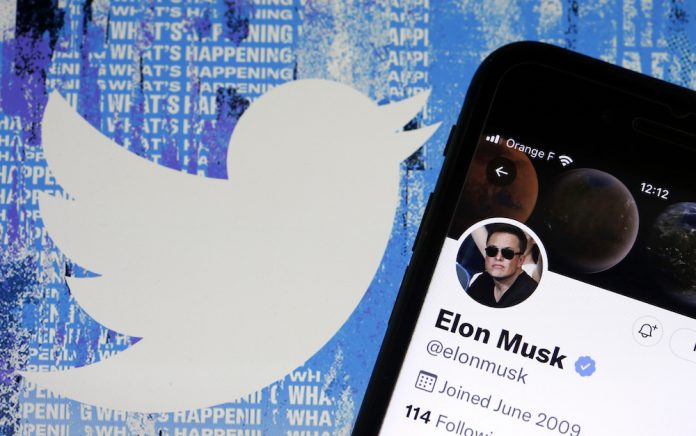 Tesla CEO Elon Musk completed the acquisition of Twitter two weeks ago. It is reported that the banks providing a total of US$13 billion in debt financing for the transaction have completed the drafting of the final credit agreement and are now at the stage of signing documents. People familiar with the matter said that Elon Musk even promised in the conference call to help banks introduce bonds to fund managers after the acquisition of Twitter is completed, while Binance CEO Changpeng Zhao also publicly stated that he would provide financial support for Elon Musk.

Coincidentally, just the day before Elon Musk finalized the acquisition of Twitter, it was reported that the social media giant was developing a cryptocurrency wallet that supports deposits and withdrawals. Become a Web3 platform that supports crypto wallets?

On October 25, Jane Manchun Wong, a well-known technology blogger, disclosed on social media that Twitter is developing its own cryptocurrency wallet. Currently, “the wallet prototype already supports cryptocurrency deposits and withdrawals.” As of now, Twitter has not made an official response to the information disclosed by Jane Manchun Wong, and has not publicly announced any such products. Although it is unclear where Jane Manchun Wong obtained the relevant information, based on her previous experience, it may be from Find this clue in the public code.

In fact, as early as a year ago, Twitter began to explore the introduction of various cryptocurrency-related functions on its platform –

Moreover, Elon Musk made a bold statement during the acquisition of Twitter to control the problem of spam on the platform and consider using encrypted micropayments. You will find that all the above functions are inseparable from the support of encrypted wallets. If Twitter launches its own encrypted wallet, it will undoubtedly greatly reduce transaction complexity and improve ease of use, and it will also turn this content-based social media network into a A mature Web3 platform.

Looking at today’s major technology giants in the world, Apple has turned a deaf ear to cryptocurrencies, Meta has focused on the metaverse virtual world, and Amazon has almost no achievements in the blockchain market (but indirectly provides AWS services). In contrast, Twitter can be regarded as the most influential Internet giant towards the Web3 world.

Frankly speaking, Twitter has more or less inherited the decentralized spirit of its founder Jack Dorsey, so its layout in the Web3 market is also more forward-looking. The biggest feature of Web2 social media is the “walled garden”. If you open an account on Twitter, you need to start with zero followers, and the accumulated fan base cannot be moved to other platforms. Web3 introduces solutions that reduce the number of intermediaries, create an open ecosystem for new forms of digitization, and give individuals more control over content – a new model that will undoubtedly breathe new life into Twitter, and may even further expand its User base size.

On the other hand, if you refer to Reddit’s recent successful experience in the Web3 field, it may not be so surprising for Twitter to accelerate the deployment of Web3. Reddit’s second batch of Avatar NFT collectible avatars were sold out within 24 hours of launch, and the transaction volume exceeded $7 million in a short period of time, attracting more than 3 million users to use Reddit’s Vault wallet to create encrypted addresses (2.5 million of which The wallet was created for purchasing NFTs launched by Reddit). In fact, Twitter took the lead in launching the NFT avatar setting function as early as September 2021. You must know that compared to the Reddit platform with 52 million daily active users, Twitter has as many as 126 million daily active users, so if you can “learn from” Reddit Twitter is likely to drive Web3 adoption significantly.

It is undeniable that Web3 still has a long way to go at this stage, and it needs Twitter, Reddit and other platforms that believe in open source, transparency, and equality to promote it. Although it is still in its infancy, more and more Web3 supporters are working hard to preach and build infrastructure, and believe that the era when Internet users have more rights will come soon.

This article came directly from the Digifinex blog, found on https://blog.digifinex.com/2022/11/15/with-the-leadership-of-elon-musk-will-twitter-become-a-web3-platform/

Related article | What NFTs do, and how you can get one
Previous article
Highlights from Bitrue x XDC Network “Ask Me Anything” Session | by Bitrue | Jan, 2023
Next article
How to Get Started on Tezos Blockchain