Flaring, a common practice of burning off natural gas that can’t be efficiently captured and stored has reportedly reached record levels in the state of Texas. Let’s look at why Bitcoin mining would be the perfect solution to capture this energy ‘waste’ and transform it into sound money.

According to a recent Bloomberg report, America’s Permian Basin, a large sedimentary basin located in the southwestern part of the country, is producing so much natural gas that at some point producers had to burn some of it off.

This process is referred to as “flaring” and it’s carried out when it makes more sense to burn the gas than to efficiently capture and store it. As oil production in the region surge, so does flaring. 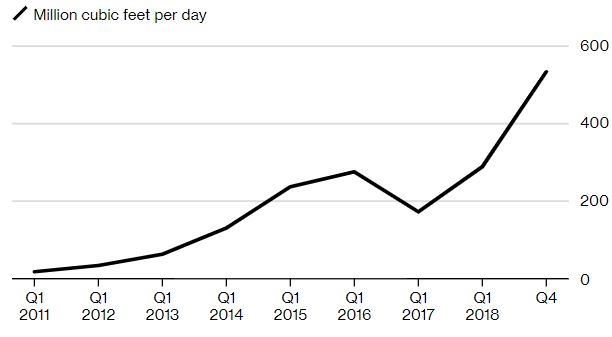 The report also outlines that at the end of 2018, producers were burning off more than enough fuel to meet the entire residential demand of the whole state of Texas. Compared to last year, the amount of gas flared in the Permian has increased by about 85 percent.

Says Bitcoin Cannot Be Ignored as He Touts Gold – Markets and Prices Bitcoin...