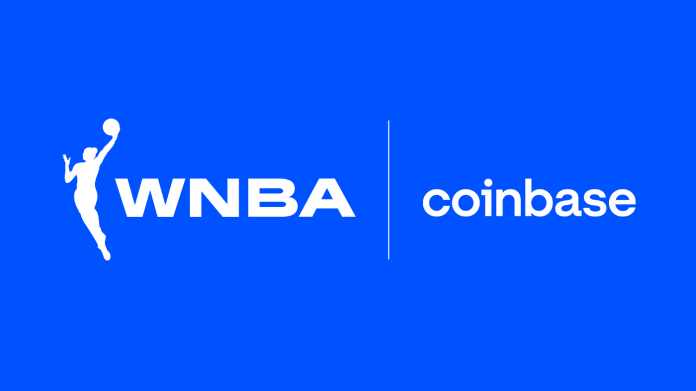 TL;DR: Coinbase is announcing its partnership and investment in the WNBA ecosystem.

Today, Coinbase is excited to announce our expanded investment within the Women’s National Basketball Association (WNBA) ecosystem. In addition to the League, our new partners include the Women’s National Basketball Players Association (“WNBPA” — the union which represents all players), two team partners, the New York Liberty and Seattle Storm, and two of the league’s biggest stars, Sue Bird and Jewell Loyd.

Coinbase believes the cryptoeconomy will be built by talented and creative women who are rewriting the rules and welcoming the future — just like those in and around the WNBA. While the WNBA is on a journey to transform their league long-term, having announced the largest-ever capital raise for a women’s sports property in February of this year, Coinbase continues to work towards its mission to create more economic freedom in the world and bring the next 100 million users to the cryptoeconomy.

Coinbase has accelerated opportunities to introduce crypto to our new partners and WNBA fans. At this year’s Rookie Orientation, we ran a crash course covering crypto and NFTs for the top rookies invited to the Draft. Thanks to the WNBPA, all 144 WNBA players will be set up with Coinbase accounts and crypto funds to further familiarize themselves with the space. New York Liberty and Seattle Storm fans will get the chance to earn crypto through giveaways and experience web3 through IRL activations. Fans of Sue Bird and Jewell Loyd will also see them make their mark in crypto and NFTs in the same way they’ve done for the game of basketball.

Coinbase, through its proud partnerships with the WNBA and WNBPA, wants to enable more participation in the cryptoeconomy and web3, and engaging more women and our new partners will allow us to do just that.

This article came directly from The Coinbase Blog, found on https://blog.coinbase.com/why-coinbase-and-the-wnba-are-investing-in-the-future-together-e4d742893154?source=rss—-c114225aeaf7—4

Previous article
Building a more open financial system: How Coinbase detects bad actors | by Coinbase | May, 2022
Next article
My Permissionless presentation on how Coinbase is building for web3