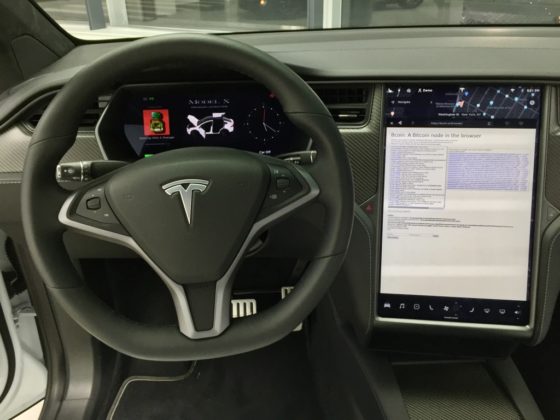 Bitcoin users recently decided to try using their Tesla electric car as a full BTC node, and it worked.

Tesla Electric Car becomes a full Bitcoin node
Electric cars and digital currencies are not usually two things that people would think to connect in any way, but they do have a few things in common. Both are considered emerging technologies that can make the world a better place. Both are also becoming increasingly popular around the world.
However, according to a recent video that was posted by some members of the Bitcoin community, they may establish an even deeper connection.
The video in question shows that Tesla cars can also be used for running Bitcoin. Crypto fans used the car’s onboard computer system to turn the electric vehicle into a Bitcoin full node.

As unlikely as it sounds, the attempt was actually successful, and its success was ensured by a project called Bcoin. This is a project that seeks out the alternative…