What will stablecoin regulations bring? 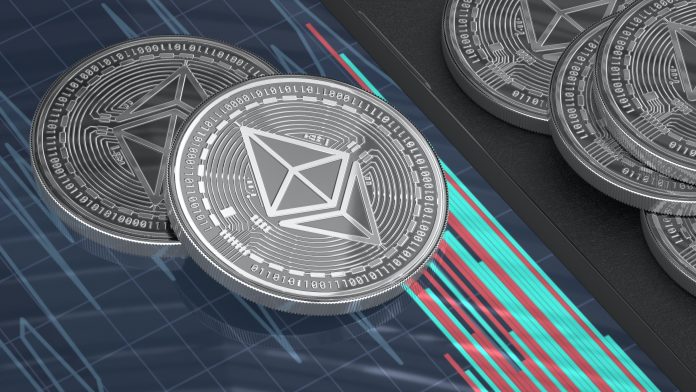 The recent depegging of HUSD has once again thrust stablecoins into the spotlight, adding to mounting calls for their regulation as more people use them for payments and remittances.

As digital tokens pegged to other assets such as the U.S. dollar, stablecoins are designed to be less volatile in price as their name suggests. Their relative stability to other tokens has thus made them popular among crypto traders looking to save on transaction settlement times and fees.

Today, stablecoins command a $150 billion market – a not insignificant valuation that has steadily put it in the crosshairs of regulators worldwide. After the $40 billion collapse of the TerraUSD stablecoin and its paired token Luna in May, more governments have stepped up scrutiny of stablecoins, fearful of the contagion risks their failure might inflict on the economy and investors.

Why regulators are concerned about stablecoins

While TerraUSD maintained its peg to the Luna token using an algorithm, most other major stablecoins keep a reserve of traditional assets to back their tokens in circulation. These assets are linked directly to the financial system, which explains why central banks are concerned about the potential fallout when stablecoins lose their pegs.

The European Central Bank has identified a number of risks stablecoins pose to the stability of the global financial system, such as through financial sector exposure and knock-on effects in terms of investor confidence. In its May Financial Stability Report, the U.S. Federal Reserve highlighted that stablecoins remain vulnerable to runs, as they are backed by assets that may lose value or become illiquid during extreme market conditions. It also flagged that these vulnerabilities may be exacerbated by a lack of transparency regarding the riskiness and liquidity of assets backing stablecoins.

A case in point: Tether was fined $41 million by the U.S. Commodity Futures Trading Commission last October for making “untrue” statements about its fiat-backed reserves. Tether had claimed its USDT stablecoin was fully backed by real U.S. dollars in its reserves, which in fact turned out to include unsecured receivables and non-fiat assets.

Crypto regulations in the works

Put simply, regulators are looking to assess the risk of stablecoins by finding out more about the type and level of reserves they’re backed by, which will largely determine how they perform in the event of a bank-run scenario.

Across the world, many countries have started to take the first steps in enacting legislation to oversee digital assets in their respective jurisdictions.

In the U.S., a digital asset bill that would cover stablecoins is expected to be delayed until September or later. While details of the proposed framework have not been released, Blockworks reported that the U.S. Treasury may require digital asset providers to ringfence customer assets to protect them from events such as insolvency.

The U.K. Treasury has introduced a bill to regulate digital assets such as stablecoins, which will be debated in Parliament before being passed into it. It seeks to extend existing financial regulations to cover cryptocurrencies, and has been welcomed by the country’s crypto industry despite the uncertainty of how the new rules might look like.

In June, the European Union introduced its Markets in Crypto Assets (MiCA) bill which is seen as a comprehensive regulatory framework for digital assets in the region. Under the new rules, which are expected to be in place as early as 2024, stablecoins will be required to maintain ample reserves to meet redemption requests in the event of mass withdrawals. Stablecoins that become too large also face being limited to 200 million euros in transactions per day.

The EU’s MiCA bill has been criticized by 46 leading crypto firms operating in the region, on the grounds that certain parts of the legislation compromise the privacy and personal data security of digital asset owners. In a letter penned to the EU finance ministers, the signatories of the 46 firms argued that the laws would effectively make the EU a far less competitive location for crypto start-ups and top tech talent.

Nonetheless, the bill was welcomed by major Circle Internet Financial Ltd and Tether Holdings, whose respective stablecoins USDC and USDT account for almost 80% of the market. Tether’s CTO Paolo Ardoino welcomed the regulatory clarity, telling CNBC that “MiCA is one of the more progressive initiatives to date and is focused on driving crypto innovation and adoption in the European region.”

Also striking a positive note was Circle’s chief strategy officer Dante Disparte, who told CNBC that the EU framework represented a “significant milestone”. He added that MiCA “will be to crypto what GDPR (EU’s data protection rules) was to privacy.”

By now, it’s clear that regulating stablecoin issuers is likely to bring about greater transparency in terms of their reserves and regular audits. The additional scrutiny will promote stronger governance in the management of reserves, which bodes well for the value of stablecoins in ensuring they live up to their name. Crypto users can also make more informed decisions on which stablecoin to trust. Such outcomes will strengthen investor protection and rebuild confidence after the recent crypto market downturn.

The public may enjoy greater choice too if regulation draws in central banks, commercial banks and other institutions to offer their own stablecoins, as a Bloomberg report noted.

With the use of stablecoins expected to take off with the growing adoption of digital assets, regulation looks set to be a timely move that brings all-round benefits for the crypto industry and users alike.

Photo by DrawKit Illustrations on Unsplash

This article came directly from the Hyobi Global blog, found on https://blog.huobi.com/what-will-stablecoin-regulations-bring/