What is XRPL? A Major, Carbon Neutral, Global Blockchain That Now Supports NFTs 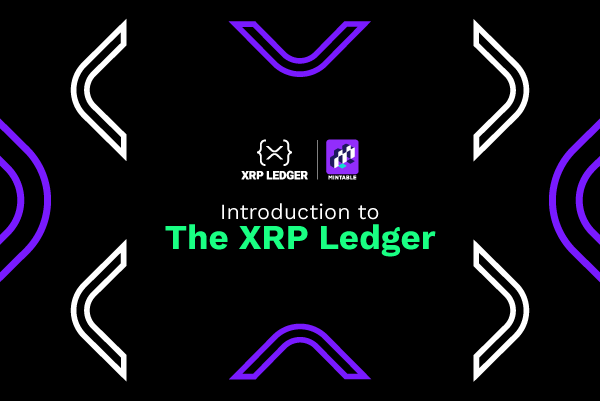 The XRP ledger (XRPL) is a decentralised and permissionless open-source blockchain with the native cryptocurrency, XRP. Created in 2011 by developers David Schwartz, Jed McCaleb, and Arthur Britto, XRP was designed to provide a more sustainable, scalable, and efficient alternative to Bitcoin.

Having operated for over a decade, the XRPL is a trusted and reliable ledger for a variety of use cases including payments, tokenization, DeFi, and more.

XRPL recently began supporting Non-Fungible Tokens, and Mintable has integrated the ledger to allow the NFT community to buy, sell, and create NFTs on XRP with ease.

Why Use XRPL for NFTs?

How is the XRP Ledger Sustainable?

The XRPL was the world’s first major public blockchain to be certified carbon neutral.

While most blockchains require a lot of computing power to process transactions, the XRPL was designed to use as little energy as possible. It uses a unique consensus algorithm that does not require mining. Each transaction on the XRPL uses about 100,000 times less energy than Bitcoin does, and the negligible amounts of energy that it does use is offset through carbon credits.

To learn more about XRPL’s consensus mechanism, check out this lesson on the XRP education portal.

Transactions on the XRPL take just 3-5 seconds to process, and cost just a fraction of a cent – so cheap that it might as well be free.The XRPL has also been operational for over 10 years without a single hack or exploit, and is more secure than the majority of other blockchains that support NFTs.

The XRPL community is one of the most passionate and engaged communities in blockchain. Developers on XRPL are always working on building new applications and improving the ledger itself. Now that the XRPL supports NFTs, creators from the wider NFT ecosystem will be able to easily find support within the community and collaborate to develop better NFT projects supported by the robust and secure XRP Ledger.

Want to be among the first Web3 users to buy, sell, or create NFTs on the XRPL? Visit our XRP marketplace on Mintable now, and follow us on twitter to stay up to date with upcoming creator incentives and promotions!

This article came directly from the Mintable blog, found on https://editorial.mintable.com/intro-to-xrpl/

Related article | Mintable Supports NFT Minting on XRP Ledger!
Previous article
What NFTs do, and how you can get one
Next article
Rarible integrates with Immutable X. Get Rewarded for Trading Gaming NFTs!