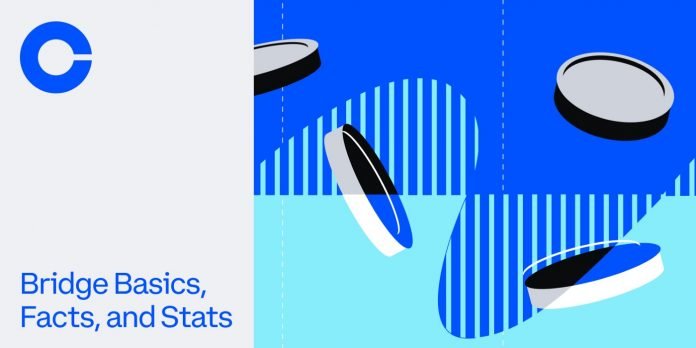 Recent questions have been raised about how bridges and mixers work both for legitimate business purposes and illicit financial transactions.

Although mixing services have been extensively analyzed for years, bridges are a newer concept that became popular in 2021. Bridges allow crypto holders to ‘move’ (or ‘bridge’) their assets between different blockchains. This allows them to hop from one chain to another and gain exposure to other networks.

We observed a sharp increase in cross-chain activities from Ethereum beginning in April 2021. The daily number of deposit activities to Ethereum bridges reached its peak in the Summer of 2021 and the highest single-day record of over 60,000 transactions bridging from Ethereum occurred on September 12, 2021.

This two-part blog post aims to explain what bridging is, why it has become so popular, and why bad actors are bridging over funds across networks.

What is a bridge?

A bridge is an application that uses cross-chain communication technology to enable transactions between two or more networks, which can be Layer 1s, Layer 2s, or even off-chain services. Simply put, a bridge allows crypto holders to transfer their assets from one network to another. For example, a USDC holder on Ethereum might want to transfer their USDC from Ethereum to Avalanche via a bridge application.

However, a bridge doesn’t move an asset between chains, it links the asset on one network to its representation (i.e. a wrapped version) on the other network. The cross-chain transaction is achieved via ‘locking’, ‘minting’, and ‘burning’ that accounts for the link between the representations on different chains. We’ll discuss exactly what these terms mean in the following two examples.

Let’s say Alice wants to bridge 100 ETH from Ethereum to another network called Network Other (a made up blockchain network) via a bridge application called Bridge (also made up):

How and when did bridging get so popular?

Bridging took off in 2021. Especially after April 2021, we saw cross-chain traffic from Ethereum increased exponentially — both in daily number of transactions and unique addresses deposited to the Ethereum bridges. We believe this upward trend is likely driven by one of the reasons below:

Why do users bother bridging at all?

Normally, users want to bridge from one network to another because they want:

A lot happened in 2021. Between July and November, many new dApps and new networks were launched. Bridging activities from Ethereum were at its peak during the time. Most of the bridges became quieter from Q4 in 2021. However, this was not the case for the Polygon PoS bridge — we saw strong and steady bridge traffic, in the number of deposit transactions, from Ethereum to the Polygon Network throughout 2021, which eventually led to Polygon PoS dominating cross-chain traffic in Q1 2022.

Figure 1 below shows the daily number of deposit transactions to Ethereum bridges. We theorize that the sharp spike around September 11, 2021 was driven by the launch of Arbitrum One.

Figure 1 Daily number of transactions deposited to Ethereum bridges since 2021.

We also observed a very interesting fund movement pattern, especially with the AnySwap Fantom bridge, where large amounts of funds were moved to the Fantom network, and then withdrawn back to Ethereum mainnet after a very short period of time.

How safe are bridges?

As with most new technology, there are some risks to consider. For example, there are risks that users’ funds can be stuck during the deposit and withdrawal process, or they can be victims of cyber theft. When users decide to bridge an asset, they should also be aware of the underlying risks so that they can make more risk-driven decisions.

Theft Risk is the most common risk that can lead to bridge contracts losing part or all of the funds. Here are some problems that may lead to theft:

The latest example is the Wormhole attack in February 2022 (details here). The attacker spotted a loop hole in the smart contract code, minted 120K Solana ETH without bridge approval and withdrew 80,000 ETH from Ethereum in Feb 02, 2022. Luckily, Jump Trading covered the gap by depositing 120K ETH back to the bridge contract on Ethereum.

On March 23 2022, the Ronin attackers compromised all four validation nodes run by Sky Mavis. Sky Mavis is the company who created the Axie Infinity game, Ronin Network, and the Ronin bridge. Together with the fifth validator (run by Axie Dao), which whitelisted all messages sent by Axie Infinity at the time, attackers gained control over the majority of the validators (5 out of 9).

The attacker then withdrew 173,600 ETH and $25.5 million USDC from the Ronin bridge on Ethereum without going through any verifications (more details here and here).

These scenarios are unlikely to happen, but not impossible. In a worst case scenario, if assets locked at an exploited bridge were already bridged over from another network and used in DeFi applications, this may lead to a cascading contagion over multiple blockchain networks.

Bridge users should be aware that the loss by theft is usually not reversible.

Given the explosion of bridges in 2021, we believe their popularity will continue to rise, especially as we are expecting to see developments in below areas:

It will be interesting to see, with more information and discussions around bridge security becoming available, if more risk-driven decisions would be made when it comes to choosing a bridge in the future.

Now that we understand what bridges are, why they’ve gained mass appeal, and what potential security concerns are with them, in our next blog post we’ll discuss the use of bridges by bad actors.

This article came directly from The Coinbase Blog, found on https://blog.coinbase.com/what-are-bridges-bridge-basics-facts-and-stats-8dd9449066a0?source=rss—-c114225aeaf7—4