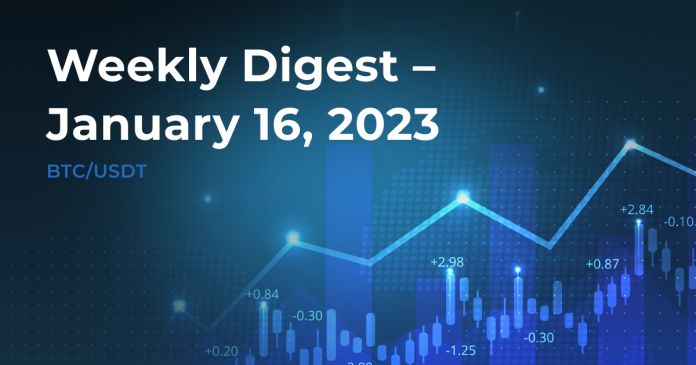 As the crypto world got caught up in the market rally, an important anniversary was missed by many market participants. Fourteen years ago, on January 12, 2009, a first bitcoin transaction happened, when Satoshi Nakamoto sent Hal Finney, a well-regarded cryptographer and computer scientist, 10 bitcoins (BTC).

It was impossible to imagine at that time how the industry would grow. Since then, there were at least 469 times when Bitcoin and the crypto industry were pronounced dead.

And while crypto is still very popular for illicit use, the volatility keeps running high, and many large players went bankrupt during the past year, the recent bull run has been the largest for the past 9 months (and it does not seem to be over yet!).

In the current bull run, gaming tokens are outperforming the broad cryptocurrency market. Other major gainers include SAND (33.5%), ENJ (22.8%), AXS (16.5%). Check out our article on top 7 gaming tokens here.

What is new on HitBTC:

If you have not done so yet, please do not forget to download our trading app on Android and iOS. And remember: bear market is the best time to start building your crypto portfolio! (And our latest article may help you with that!)

This article came directly from HitBTC, at https://hitbtc.com/blog/weekly-digest-january-16-2022/