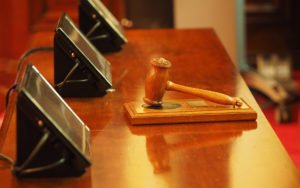 After a year of appeals, a US court has finally granted a dismissal for the lawsuit of United Corp. against Bitmain, Kraken, Roger Ver and others in the crypto space.

Bitmain, Kraken and Others Off the Hook For Now
The lawsuit (United American Corp. Vs. Bitmain, Inc. et al), which called for a $4 billion compensation for the actions of the Kraken exchange, Bitmain, and Roger Ver, was dismissed. Now, United Corp. has the chance to refile the lawsuit with a deadline on February 8.
The lawsuit was dismissed for lack of jurisdiction and a failure to state a claim. United Corp., a mining company with significant investments in the past few years, claimed its investments were hurt by the concerted actions of the prominent Bitcoin Cash supporters.
Namely, the problems seemed to stem from the so-called “hash wars”, which started after…