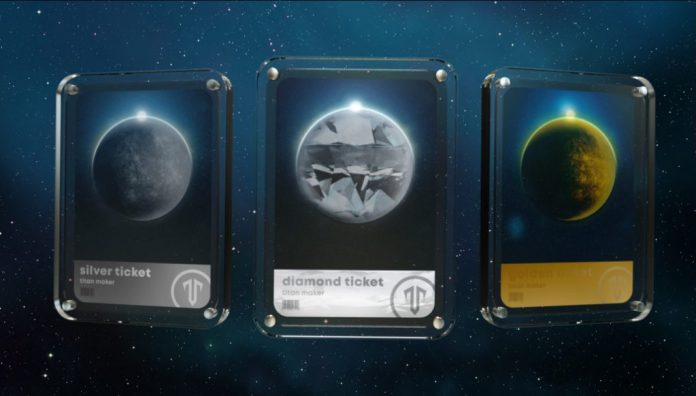 Titan Maker is a company native to the Cronos blockchain that aims to connect bright new start-up projects with valuable investors through its lauded merit-based approach.

For investors, the launchpad offers a number of features that set it apart from the competition, including staking rewards, a 24-hour vest-free refund policy, a 14-day rug-pull refund policy, and random airdrop rewards for consistently active community members.

For projects it provides a launchpad and incubator, providing assistance in every aspect needed, from inception to deployment. Built for leadership, the company has a suite of unique features that ensure it will become the de facto launchpad system for new projects on the chain hoping to grow their exposure.

Utilizing a range of available experts, from analysts to blockchain developers, Titan Maker ensures that businesses it assists are given every opportunity to connect with eager investors, as well as being handed the necessary tools and education to ensure its success long after release.

Titan Maker won’t allow just any business into its fold, with a strong focus levelled at legitimacy, authenticity and value to investors. Each candidate project must undergo a rigorous due diligence undertaken by industry experts to define whether or not those running the show are genuine about their aims, that they have the fortitude to see their vision through its fruition and beyond, and that their technical development is up to par.  If a project falters on any of these aspects, then extensive changes must be performed, or it is rejected.

Another of Titan Maker’s unique features lie within its upcoming Golden Ticket NFT collection, which are reward systems in and of themselves, linked to the project’s pioneering merit-based tier system. The 1350 strong collection is broken down into 1000 silver, 250 gold and 100 diamond versions, and each resemble a gorgeously coloured variants of Saturn’s moon, Titan, presented on stunning artwork cards.

These tickets differ from traditional NFT offerings in that rather than being purchasable by individuals, tickets are instead earned, specifically airdropped as rewards by undertaking specific activities. The first of the two ways is through the Learn & Earn five step online course, (which teaches the basics of the company and the Cronos network, how to set up the network on a wallet, and finally how to become an educator to help others learn). The second is through the Educate and Earn stage, which includes engaging and educating newcomers on Titan Maker through social channels such as Telegram, Twitter, Discord and Reddit.

To get access to the higher, gold and diamond tier tickets, then users will have to get creative – creating unique content videos about Titan Maker on sites like YouTube, TikTok; or producing stunning artwork, useful written content like whitepaper translations, articles or clever memes that will be selected by the executive team. In return the awarded tickets can be redeemed for a guaranteed whitelist allocation of any new incubated project’s Initial Dex Offering (IDO), with the amount available pledged max being relative to the ticket earned.

This NFT system effectively sidesteps the traditional tier system of allocation that Titan Maker utilises, which necessitates a user to stake a specific number of TMKR, (Titan Maker’s native governance token) in order to be guaranteed an allocation. The standard breakdown tier is as follows:

Submissions for higher tier tickets will be reviewed on a bi-weekly basis, and participants can validate if they have obtained a ticket before being airdropped directly to their assigned wallet. The NFTs collection itself will only have a single use application and no aftermarket value, as their sole purpose is to encourage interaction with the various projects that will be housed on the Titan Maker launchpad, rather than to be held for potential increased value. In that regard their intrinsic value is the direct access to IDOs of their choice, which otherwise might have their allocation spots fill quickly, preventing many investors from getting in early.

As yet there is no official release date for the Titan Maker project, although it is due to be within Q2 of 2022, so all eyes are on a mid to late May release. Regardless, the hotly anticipated Golden Ticket campaign itself has already begun, giving shrewd investors time to earn before the project’s very first  IDO launch, which is due imminently. Given that the team is formed of experts in their relative field, including a crypto analysts and blockchain developers, business strategy leaders and PR specialists, as well as being housed on the Cronos network, (which has become the fastest growing new chain on the block), there is plenty of reason to be excited about the future of Titan Maker and its upcoming NFT creation.

If you would like to find out more about Titan Maker and its services, visit the website at www.titanmaker.io.

This article came directly from the Mintable blog, found on https://editorial.mintable.app/2022/04/26/titan-maker-the-nft-launchpad-designed-for-investors/