On a quest to raise enough money to buy himself a Nintendo Switch, 9-year old Dennis takes advantage of the Lightning Network to sell his art masterpieces.

A simple, WordPress-powered website called Lightning Pictures is selling unique sketches to anyone around the world.

While the above might not sound impressive, the fact that the artist behind the whole thing is a 9-year old boy called Dennis, certainly is.

And what Dennis loves to do, according to his own website is “drawing, computer games, and doing bitcoin stuff with dad.” 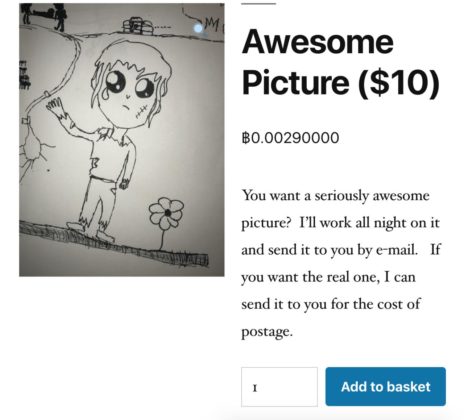 Apparently, the little fellow really wants to buy a Nintendo Switch. The console, however, retails for about $300 and Dennis’ dad has told him that he has to earn the money himself.

And since Dennis loves painting, what better way to earn some money than to…