The Crypto User Protection Act of 2022 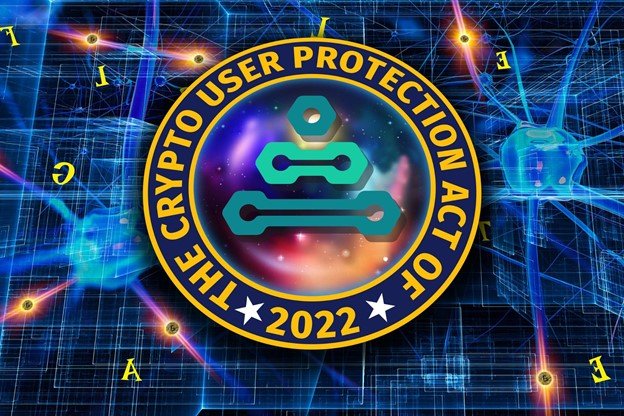 Following the stock market crash of 1929, FDR called on the then notorious stock speculator Joseph Kennedy to draft legislation to form the Securities Exchange Commission. The “Securities Acts” were designed to officially form the agency and adopt rules that required issuers of securities to transmit information through the mail to investors containing financial and operational disclosure so informed investment decisions can be made by the People.

Other global disclosure frameworks were adopted soon after. The Securities Acts were a legislative response to the speculative “rug pulls” of the 1920s, a common tactic that involved pooling capital and purchasing large amounts of shares of stock. The perpetrators would then spread information to pump the price before dumping it on the unsuspecting public who had little information to rely on other than tips from stockbrokers.

The Securities Act of 1933 provides rules for disclosing information for new issues of securities. The Securities Exchange Act of 1934 provides rules for ongoing disclosure after those securities are issued and distributed to the public. The Securities Acts adopted in 1933 and 1934 solved the disclosure problem for investors from the 1930s with amendments later adopted such as Sarbanes Oxley in response to the Enron fraud and the Dodd Frank Act in response to the 2008 financial crisis which resulted in the biggest bailouts in history.

On January 3, 2009, The Times UK published an article bearing the headline “Chancellor on Brink of Second Bailout for Banks”. The article was the subject of an immutable inscription in the genesis block of the Bitcoin Blockchain which was launched on the same day and has since become quietly known as the Great Protest against the financial system.

While governments around the world sound their war cries against decentralized society, Auditchain Labs AG, based in Crypto Valley, Switzerland is leading the development of a decentralized financial disclosure infrastructure for issuers of securities and digital assets. The Auditchain Protocol is designed as a community-owned and governed disclosure protocol for digital asset disclosure and to address the questionable integrity and reliability of the world’s business and financial information that led to the 2008 financial crisis and the Great Protest.

The Auditchain Protocol will be formally launched on 8 June 2022 live at the Digital Accountancy Show – Powered by Auditchain held at Tottenham Hotspur Stadium in London.

The Auditchain Protocol is an Ethereum based decentralized professional services and financial disclosure protocol that incentivizes and enables accountants, CFOs, CFAs and other professionals to create, validate and own Process Control NFTs that automate immutable accounting, financial reporting, audit and analysis processes using a machine-readable global standard syntax on the Auditchain Protocol.

Each time Process Control NFTs are used, royalties are paid in AUDT, the native staking, settlement and governance utility of the Auditchain Protocol. AUDT is paid to the creator of the control and to the validators that provided assurance that the control works correctly.

The Auditchain Protocol is designed to modernize assurance and financial state disclosure for the betterment of society’s open ledger-based investor. Systems that address compliance for the crypto space are common but this is the only project addressing the $600 billion a year accounting, disclosure and assurance professional services market.

No credible political, regulatory or economic solution to fraud and taxpayer bailouts has ever been proposed and adopted that could prevent another financial catastrophe. But why would a crypto project do the job of regulators? Perhaps it is because the People’s trust in governments and centralized financial systems is at an all-time low. DAOs allow the People to determine the future of a project.

The Auditchain Protocol could be seen as a Decentralised Autonomous Self Regulatory Organisation, or “DASRO” because it features a robust governance layer that invokes critical changes to its functionality upon an affirmative vote of its AUDT token holders. The AUDT Token listing is widely anticipated and is expected to occur imminently.

Should governments and regulators want to regulate crypto in a manner that stimulated and not stifled innovation, the Auditchain Protocol would be just the type of framework they would adopt.

Throughout history, people have been called upon by their governments to help address challenging issues. In the $2 trillion digital asset space, this may certainly be worth such a call. Because the crypto space needs to find a way to regulate itself, or be subjected to politically imposed and misguided regulations that may one day make you wonder what a wonderful idea it could have been.