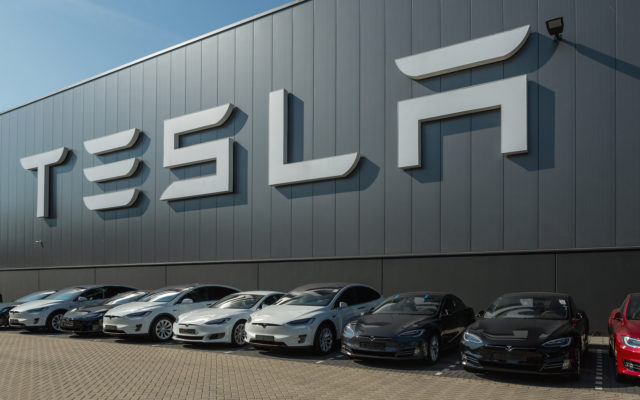 Bitcoin is regarded by many as the world’s top performing asset class, but the king of crypto might have an unexpected competitor in the face of Tesla stocks (TSLA), as is market cap breaks $100 billion today.

Tesla Becomes First Publicly Listed US Carmaker to Cross $100B Mark
On Wednesday, the share price of Tesla enjoyed another significant rally amid a general bullishness in the US stock market. The stock has gained over 8% since the opening of the session, with the market capitalization crossing the $100 billion mark for the first time in its 17 years history. Thus, Elon Musk’s company became the first publicly traded American carmaker to cross that line, currently fluctuating at around $103 billion.
Tesla stock, listed on NASDAQ with the ticker TSLA, is trading at $592.11 right now, and it’s still surging. The share price started the year at $430, suggesting that the year-to-date return is over 35%. For comparison, Bitcoin has increased by 20% for the same period.
Now Tesla is valued more than Ford and General Motors…