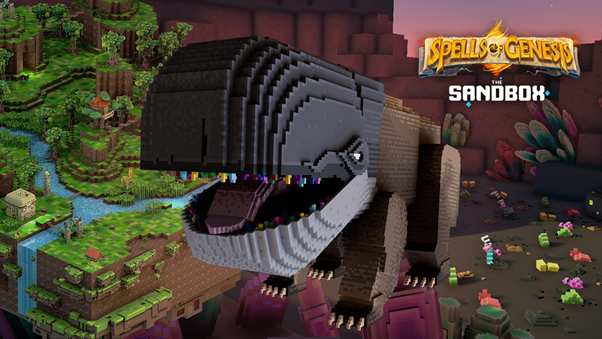 Switzerland-based crypto games developer, EverdreamSoft, announced the launch of its public sale of exclusive premium virtual land via the Sandbox platform. Announced Thursday, the public sale will start on February 10, 2021, and it includes a 6×6 plot of land around the EverdreamSoft Estate with users receiving an NFT following their purchase.

The EverdreamSoft Premium LAND sale on The Sandbox platform will allow members of the latter to participate in owning a digital piece of land in the metaverse. Once purchased, they will receive an NFT by EverdreamSoft and its Sandbox neighbors. They will then become full owners of both the LAND and the bonus NFTs, with complete freedom to use them and pass them on as they wish.

The first NFT drop on February 10 is reserved for the LAND buyers and the collection, “BearWhale”, is inspired by the legendary Bitcoin trader who in 2014 was depressing the crypto market with his massive account. In the future, the platform plans to launch similar crypto-themed NFT collections including  “Satoshi, Creator of Blockchain”, “Sir of Ether” and others, a statement from the team further reads.

Launched in 2010, EverdreamSoft started out as a game studio before transforming to digital and blockchain-based gaming in 2017. Since then the company has been integrating blockchain games development tools while also pioneering a new class of digital collectibles. The company launched its first game, Spells of Genesis in 2017 setting out a new way for players to own and utilize their in-game assets. EDS is also the creator of EverdreamSoft Crystal Suite, an integrated suite of tools allowing to explore, create, share and manage “Orbs” – rare digital items (art, game items, collectibles) linked to blockchain tokens.

The Sandbox is an Ethereum-based gaming platform that offers 3D voxel games where players can explore the landscape and own a piece of it in the form of LAND, plots of The Sandbox territory represented by an ERC-721 token on Ethereum. Once you own the land you can add other 3D assets, increasing the value of your plot of land. You can lease, rent, or sell your LAND pieces or charge visitors on your LAND.

“The Sandbox is at the forefront of the Metaverse and shapes the future of decentralized creativity,” added Shaban Shaame.

Some of these plots of LAND are premium since they experience high traffic as they are surrounded by top-rated partners and social hubs. This is where EverdreamSoft comes in with its Estate, a 6×6 plot of LAND near Blackpool, Apes of Space, eToro, and Mad Mecha. This Social Hub will be built on EverdreamSoft’s plot of LAND, in partnership with Nabiya Studio, with an aim to boost traffic and players to the location. The hub will be the link to Spell of Genesis in The Sandbox, offering interactions with characters from the mobile game and an SoG-themed heroic fantasy environment.

Previous article
Game Guild Spotlight: Connecting Communities with Infinity Force
Next article
What Are The CryptoPunks V1? And, How Can They Disrupt The Market?