It isn’t often that we witness a greater inherent bias against Bitcoin than that of Nouriel Roubini. But The New York Post yesterday published a headline claiming Roubini called bitcoins ‘sh*tcoins’ at a conference discussion. Spoiler alert: He did not.

Roubini, as he is most famous for, was appearing in a panel discussion at the SALT conference in Las Vegas. The discussion, entitled ‘Crypto Winter: Ice Age or Great Thaw, also featuring Ethereum co-founder, Joseph Lubin, and noted bitcoin bull Mike Novogratz, was chaired by Goldman Sachs MD, Rana Yared. 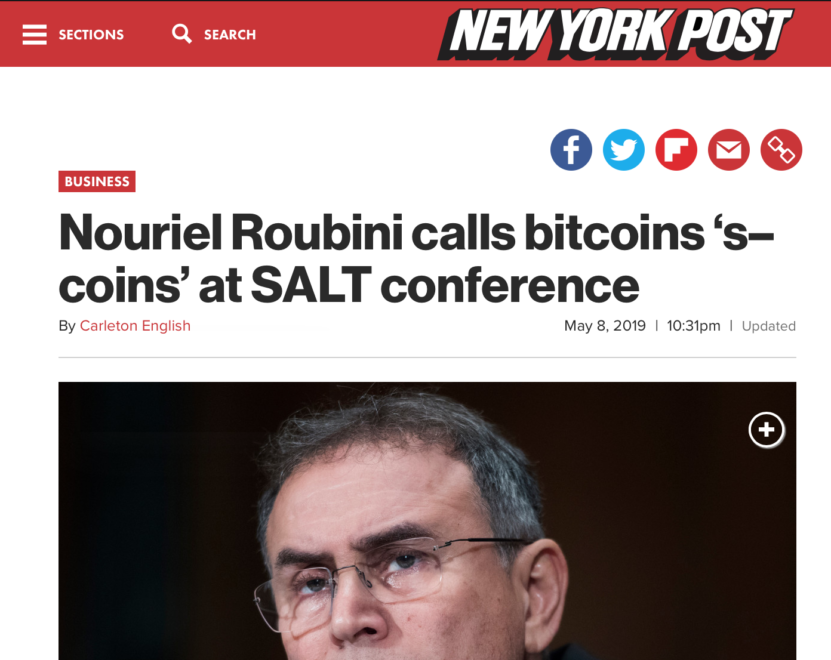 The discussion had barely even begun (Novogratz had just introduced his position on Bitcoin) when Roubini mentioned s**tcoins. This caused a ripple of laughter in the audience, following which Roubini explained himself.

It also caused the New York Post to claim Roubini had ‘highlighted a scatological nickname to describe Bitcoin’.

Bitcoin, The Other Top Ten, and Thousands of Shitcoins

Lets have a look at what Roubini…