Several concepts to know about the metaverse 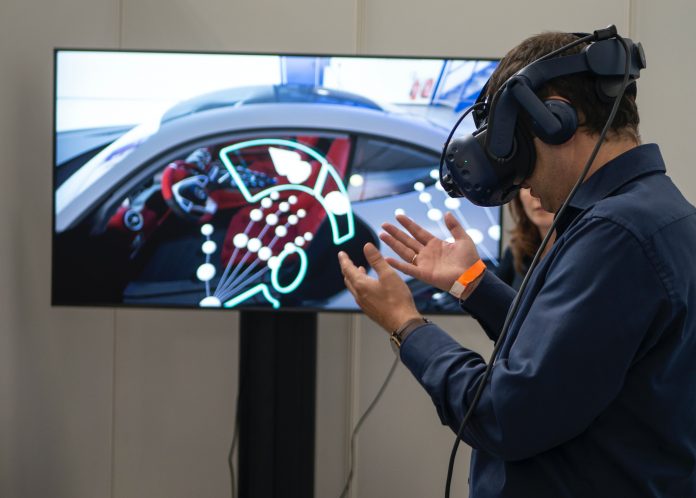 The word “metaverse” originated in the 1992 science fiction novel Snow Crash, written by Neal Stephenson, as a portmanteau of “meta” and “universe”. There is also another concept called “avatar” linked to the metaverse, which could be taken as a copy of a real object in the virtual world.

As there has not been a clear definition for metaverse to date, it is not easy for people without a strong technology background to fully understand it. This article series therefore aims to help you understand the basics and core concepts of the metaverse, and better see what the future might bring.

Metaverse is not a type of technology; instead it is a concept of a virtual world that is boundless, persistent and decentralized, comprising many advanced technologies including core ones such as VR, AR, blockchain, 5G and digital twin. As such, understanding the following concepts could be helpful to your understanding of the metaverse.

Even though you might not be familiar with Augmented Reality (AR) and Mixed Reality (MR), you probably have already heard about Virtual Reality (VR) as many video games use VR technology to increase the immersive experience. VR, AR, and MR are the basic technologies to create a virtual world.

VR refers to 3D and computer-generated virtual environments that replicate real environments or fictional worlds by combining realistic sounds, images, and other sensations through devices such as VR headsets, gloves, and body detectors equipped with sensory detectors.

VR can virtually bring people closer by reducing distance, even between people around the world. Users can immerse and interact in the virtual environment. However, as it does not take users’ actual environment into account, users are advised to use VR technology in a spacious environment to avoid accidents.

AR is a real-time view of a physical environment whose elements are augmented by digital sensory inputs such as sound, graphics, video, or GPS data. In other words, AR exists on top of our physical world, allowing users to view the actual environment through the screen of their phone/tablet or by using smart glasses and making virtual changes on the screen.

Through a phone/tablet’s camera or smart glasses, these apps can overlay digital content into our physical environment. This technology does not take into account the user’s surroundings and does not need to interact with the user’s space. It sits on any surface, with our physical world acting as its static background. Some well-known examples of AR include Pokemon Go, Snapchat filters, and virtual makeup apps.

MR is a fusion of the virtual and physical worlds that creates a new environment for real-time interaction between virtual and physical objects. Unlike VR or AR, MR devices constantly collect new information about what is happening around them. This kind of information is very helpful in seamlessly placing digital content in a physical environment with which users can interact.

Digital twin is a computer concept that has existed for decades. Metaverse has deep links with digital twin as it aims to bring physical objects into the virtual world. For example, if a physical table in the real world has a virtual counterpart, the two tables are called digital twins. The concept of metaverse itself is a digital twin of our physical world.

In the metaverse, digital twins involve three factors: The first one is the physical object; the second is its digital twin (virtual version) in the virtual world; and the third is the exchange of data and information between the two.

As a 3D virtual world, the metaverse doesn’t have boundaries. It is an infinite space that has no limits on the number of participants, activities, and industries. In addition, the boundless ream of the metaverse is reflected in the higher accessibility compared with current Internet platforms. As it is built on open-source technology, all participants can create various objects in the metaverse according to their different needs.

In the metaverse, users could be both creators and consumers. For instance, users can create their own avatars or buy avatars and non-fungible tokens (NFTs) from others.

The metaverse is persistent, which is manifested in two ways: First, the metaverse doesn’t have a switch-off or reboot button. Users can connect to the metaverse with their own devices at any time, which ensures a consistent user experience. This feature can offer users a hyper-realistic experience in the metaverse, making it a parallel world.

Second, the metaverse cannot be stopped or reset. Instead, it will continue to develop indefinitely in an open-source environment. Every participant is both a user and a creator, driving the continuous development of the metaverse.

The speedy development of blockchain technology in recent years has made decentralized networks possible. A decentralized network is one that distributes data processing across multiple devices instead of relying on a single central server. Each unit device is a mini central processing unit that can interact independently with other nodes.

As a result, even if one of the master nodes crashes or is attacked, the other nodes can function normally, and users can continue to transmit and access data. Developments such as cloud computing and edge computing technologies have provided computers and other devices with superior data processing capabilities, greatly improving the speed of data transmission and access.

The economic system in metaverse is based on blockchain technology that is one of the major technologies to realize decentralized operation. The point-to-point transmission can ensure the transparency of each transaction. This ensures the safety of participants’ assets without a centralized organization.

The digital assets of the metaverse are represented by tokens. At present, there are thousands of tokens or cryptocoins in the market, with Bitcoin (BTC) being one of the most prominent.

The traditional order of the real world could be completely broken under the “decentralized” operation mode. The metaverse that blurs the boundary between the physical and virtual worlds will break new ground in social relations and social experience.

The metaverse is a profound concept that spans every minute detail in today’s physical world. As it is still in its infancy, there is yet to be any concrete or widely recognized definition. Nonetheless, the concepts explained in this article can bring you at least one step closer towards the metaverse.

This article came directly from the Hyobi Global blog, found on https://blog.huobi.com/several-concepts-to-know-about-the-metaverse/