Scrutinizing stablecoins: Not all are equal 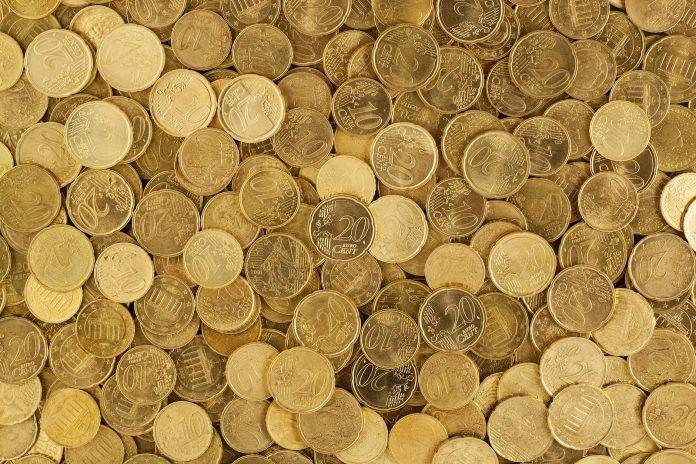 Last week’s depegging of stablecoin HUSD and its subsequent quick recovery spurred many to take a second look at stablecoins and reconsider the value proposition they offer.

Stablecoins are digital currencies minted on the blockchain that are backed by underlying collateral. They typically fall into one of the following four categories: fiat-backed, crypto-backed, commodity-backed, or algorithmic.

However, all share the same underlying goal: price stability. It is this stability that enables them to be used for payments and remittances. Additionally, traders often convert their profits into stablecoins as they wait for the next arbitrage opportunity. Such a practice, as opposed to having to convert to real U.S. dollars, often allows traders to save on transaction settlement times and fees.

But as can be seen with the TerraUSD (UST) debacle a few months ago, stablecoins do not necessarily remain stable. We explain why, and the pros and cons of each of the different types of stablecoins.

Tether’s USDT and Circle’s USDC fall under the fiat-backed category – their respective values are backed by real U.S. dollars, though a small portion may be invested in highly liquid investments such as U.S. Treasury bonds, money market funds, and commercial paper. USDT and USDC have market caps of US$67 billion and US$52 billion, respectively, ranking them in the top ten cryptocurrencies worldwide.

USDC is a product of Coinbase and Circle. However, after the SEC announced sanctions on crypto mixer Tornado Cash in August 2022 and forced Circle to freeze US$75,000 in USDC assets, a handful of investors moved around US$1.6 billion from USDC to rival stablecoin USDT, arguing that Circle did not stand by the cryptocurrency ethos of privacy and decentralization. The concern lay with the premise that USDC holders were not truly safe from centralized organizations since the U.S. SEC could force Circle to freeze certain holders’ USDC assets.

Owned by Hong Kong based iFinex Inc. and minted on ten different protocols and blockchains, Tether (USDT) is the world’s biggest stablecoin by market cap, and backed by U.S. dollars, U.S. Treasury bonds, and other highly liquid investments such as commercial paper. Such assets are audited monthly by Italy-based audit and assurance firm BDO Italia.

This also happened with HUSD last week, when the price of HUSD unexpectedly dropped by 15%. Its issuer Stable Universal froze redemptions, preventing users from redeeming the token and bringing the price back up to $1. Not long after noticing this discrepancy, Huobi Global contacted Stable Universal and worked with them to resolve the issue.

After a few hours, the depegging was resolved, with Stable Universal attributing liquidity problems to a handful of market maker accounts that had to be shut to comply with local legal regulations in certain countries. After HUSD recovered to its 1:1 peg, redemptions for U.S. dollars on its website were allowed again.

A key difference is that such stablecoins may be overcollateralized to compensate for the volatility of the underlying cryptocurrency assets. For example if an Ethereum-backed stablecoin is pegged to the U.S. dollar, then perhaps $2 worth of Ethereum would be used as collateral, in the case of a steep decline in Ethereum’s value.

The benefit is that for such a crypto-backed stablecoin, transactions are relatively easy and quick, there’s no custodying or auditing required for the underlying assets, and liquidity is typically higher.

Algorithmic stablecoins control supply of the stablecoin through algorithms. Let’s take a look at Terra (UST) for an example.

Terra’s situation was unique in that it was tied to Luna. If its price fell below $1, traders were incentivized to swap units of UST for Luna, shrinking the overall supply of UST in the market and pushing the price back up to $1. If UST’s price rose above $1, then traders would sell Luna tokens in exchange for new UST tokens, expanding UST’s market supply and pushing its price back down to $1.

Originally, demand for UST was maintained by the juicy 20% yields offered by Anchor to UST stakers. But a combination of overall market decline and massive withdrawals of UST sent both tokens’ prices crashing down to zero.

The Luna Foundation Guard spent almost all of its Bitcoin reserves to save UST’s peg through different trading strategies, which included selling Bitcoin for UST. But the downward pressure was too much and its Bitcoin reserve dropped from more than 80,000 Bitcoin to less than 500, and LFG gave up on saving the stablecoin. By then, investor confidence in Luna had also vanished, that Luna’s price also fell to near-zero levels, wiping out crypto investors around the world.

Commodity-backed stablecoins are backed by hard assets such as gold or silver. For example, PAX Gold (PAXG) is a commodity-backed, gold stablecoin issued by Paxos and pegged to the price of gold. Each token is backed by one troy ounce of gold; such gold assets are kept in Brink’s vaults and managed by Paxos.

Such a stablecoin enables traders to have exposure to gold without having to actually purchase a gold futures contract, ETF, or other derivative product. The plus side is that it allows for fractional ownership and also instant settlement. PAX Gold was issued in September 2019 and now has a market cap or roughly $590 million.

At the end of the day, fiat-backed stablecoins such as HUSD are still the most popular and considered to be most reliable, as they are backed by real, hard currency that is highly liquid, and they can be exchanged for cash almost instantly.

The only downside is that they have to be custodied by a third-party custodian company and audited by another third-party auditing firm, but these are small prices to pay given the stability they offer.

The post Scrutinizing stablecoins: Not all are equal appeared first on Huobi Blog.

This article came directly from the Hyobi Global blog, found on https://blog.huobi.com/scrutinizing-stablecoins-not-all-are-equal/

Previous article
PayPal joins the TRUST Travel Rule Solution | by Coinbase | Aug, 2022
Next article
What Is Bitcoin, and How Does It Work?