The Guy Who Wrote The Book

When the guy who wrote the book (and the sequel) on commodity trading with classical chart patterns speaks, you listen. If that’s the same guy who called the end of Bitcoin’s last parabolic advance at $20k, predicting an 80%+ decline to under $4000, you listen extra hard.

Well, pin back your ears, because Peter Brandt has something to say… or rather tweet, because… you know, nobody says anything anymore.

Bitcoin Price: It’s All In The Charts

Brandt suggests that the current chart is a rough analog of the double bottom in 2015. This bottom followed the crash from Bitcoin’s previous parabolic move, which peaked in late 2013. 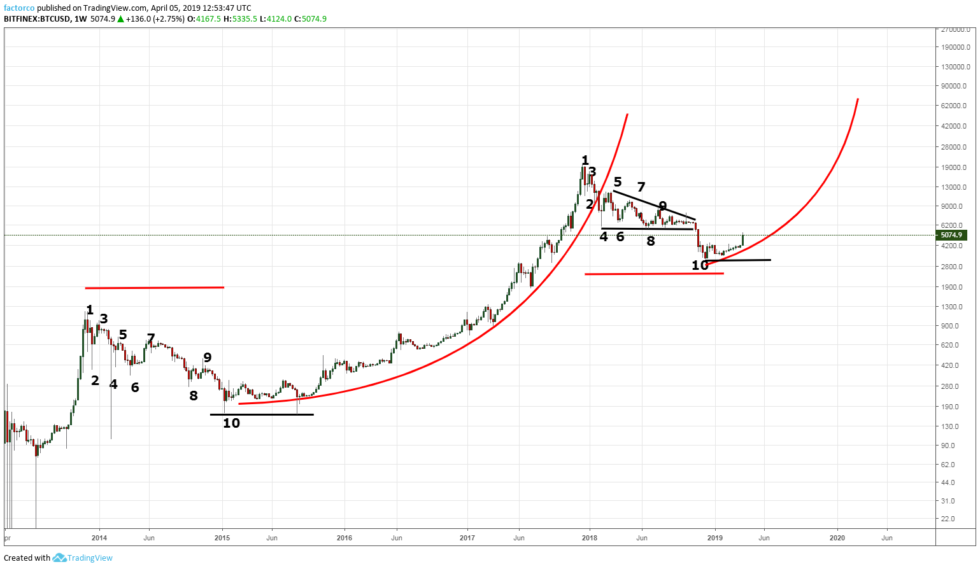 With this in mind, Brandt believes that either from the December 2018 low (of $3130) or a retest of this value Bitcoin could well be entering a new parabolic phase… which would be nice.