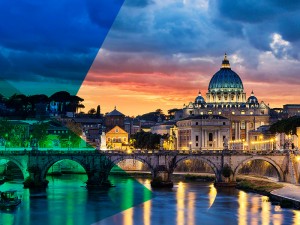 The Italian cabinet has decided to financially assist Popolare di Bari bank with a 900 million euro-large capital injection. The establishment is the biggest lender in the southern part of the country.

According to new reports from Italy, this Sunday, the country’s government decided to approve an emergency decree regarding one of its major lenders, the Popolare di Bari bank. The bank was granted a major capital investment of up to 900 million EUR ($1 billion) in a state bailout.

The bank, which is the country’s largest lender in underdeveloped southern parts of Italy, requested the injection of up to 1 billion EUR last week. According to its request, the bank ended up struggling with major loan losses experienced during the crash of Italy’s economy in the south.

After submitting its request, the bank was placed under the…