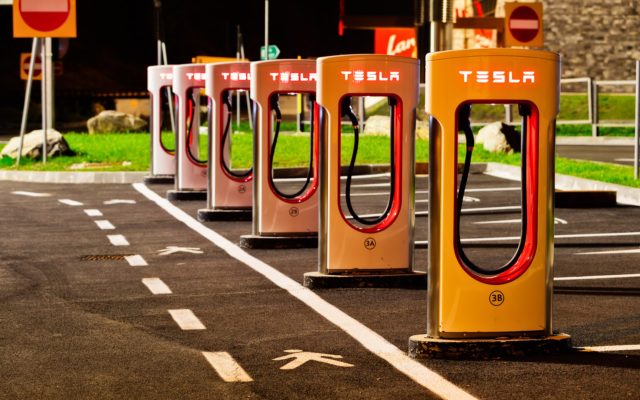 Tesla’s stock price has gone parabolic reaching a high of $940.13 on Nasdaq, with the same market cap as Bitcoin. Now it is the most valuable auto company on earth.

Like Bitcoin in 2017, Tesla Stock goes parabolic
Tesla, Elon Musk’s car company has made record gains in the last few months, eclipsing its former all-time high price. It currently sits at $926 just shy of the high of $940 that it reached earlier today.
The good news seems to be a mixture of the popularity of Tesla’s recently announced Cybertruck, which had 250,000 pre-orders, and Panasonic’s announcement that it’s a partnership with Tesla to produce the batteries for Tesla automobiles and Tesla’s Powerwall home battery backup-power system has finally turned a profit.
Tesla now has a valuation of $165 billion, which puts almost at parity with Bitcoin’s…