Mike McGlone believes Bitcoin’s current volatility is unsustainable and as it tapers off BTC price will enter an extended period of consolidation.

Bitcoin Price will Drop as Volatility Dries Up

Earlier this week Bloomberg Intelligence senior commodity strategist Mike McGlone cast doubt on the widely held belief that Bitcoin is destined to the moon to a new all-time high before the 2020 halving event.

According to McGlone, technical charts show that Bitcoin’s volatility is “too high to sustain Bitcoin gains”.

McGlone explained that the 30-day minus 180-day guage is fast approaching levels not seen since 2015 and the last time this happened BTC “transitioned to a bull from a bear market.” 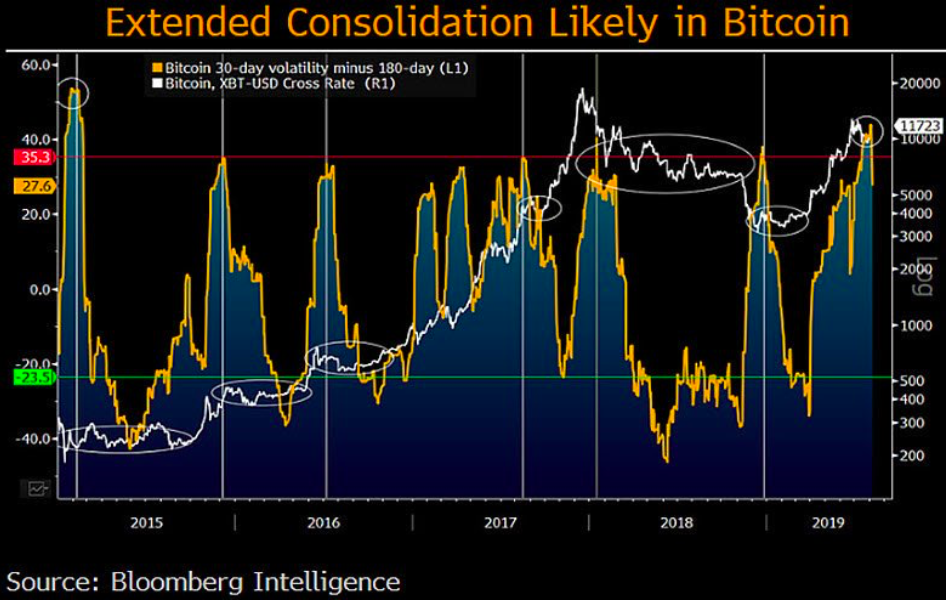 A number of crypto-twitter members vehemently disagreed with McGlone’s market outlook and one clever follower tweeted:

Is BTC Bullish or Bearish?

With that said, McGlone is not completely bearish on BTC’s future price action. In a lengthy Bloomberg post from August 6, McGlone said:

Bitcoin should remain a primary…

Why Ethereum Close Above $1,300 Could Spark A Fresh Surge

Chainlink (LINK) dipped below $22.00, but it stayed above $20.00, whereas bitcoin and Ethereum struggled. The price is now rising and it is likely...

Crypto User Builds a Mining Rig in the Back of His BMW Hybrid Car...

Why Ethereum Close Above $1,300 Could Spark A Fresh Surge

Ethereum is holding the $1,240 and $1,220 support levels against the US Dollar. ETH price seems to be eyeing a fresh surge above the...