Huobi CFO: How Huobi is Laying the Foundation for Web3 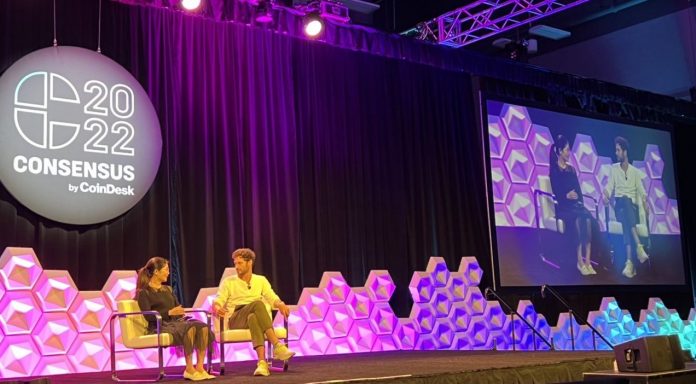 The recently concluded Consensus 2022 festival in Austin, Texas, was an exhilarating showcase of the power and potential of everything crypto, offering the up-close networking opportunities that only physical events can provide. Huobi Global was proud to sponsor this premier event, and likewise I was privileged to participate in a fireside chat with CoinDesk Strategist Nolan Bauerle on how centralized exchanges can act as a hub for the Web3 ecosystem.

In a way, Consensus 2022 was a microcosm of Web3’s potential – given its focus on how blockchain technologies and communities are remaking the worlds of finance, investing, culture, entertainment, marketing, governance, and more.

At Huobi, we’re bullish on the potential of Web3 to transform our world and the way we act and interact online. Compared with Web2 which is the Internet as we know it today, Web3 represents the evolution and next generation of the Internet into a more intelligent, autonomous and open network. Computers will be able to interpret information in a way more similar to humans, and by harnessing technologies like Blockchain, Artificial Intelligence, Augmented Reality and Virtual Reality, users will be given more personalized content and experiences.

At my fireside chat with Nolan, I shared Huobi’s view of the transition from Web2 to Web3. Our vision is to provide safe and reliable Internet of Value services for tens of millions of users across the world. Huobi listens to the demands of users, thinks about what users have not thought of, and thinks in terms of users for the sake of users. Since our founding in 2013, we have gradually grown into a full-service platform with the support of our vision and by listening to our users.

Huobi has a broad range of quality assets and Web3 content on our platform, which are readily apparent on our app. But we will not stop there, as we aim to become part of people’s Web3 lifestyle, just like how WeChat has become the Web2 way of life for all Chinese people through WeChat pay.

For many users, the transition to Web3 will not be easy. They will face challenges in activities such as buying digital currency, investing in and trading crypto, finding credible sources of knowledge, as well as guarding against scams. These challenges present a considerable barrier to entry for Web2 users, who may pay a high price in terms of suffering heavy losses when they make mistakes.

Centralized exchanges such as Huobi can support such users migrating to Web3, by serving as a single source of trust and security. As an exchange that puts its users first, we are committed to offering safe asset custody services, a trading experience based on simplicity and ease of use, and products that are easy to understand.

Huobi has never experienced a security breach, with a large team of developers dedicated to maintaining the network and ensuring user safety. Security and risk control have always been the top priorities of our platform’s development strategy. We also have a User Protection Fund, which are reserves set aside to compensate users in the event of losses incurred as a result of security breaches.

Additionally, Huobi is committed to a progressive and open stance towards regulation. At Huobi, we believe that regulation is key in promoting widespread acceptance of cryptocurrency and in providing the necessary safeguards to users. Compared with other exchanges, Huobi takes precautionary measures in vetting tokens on its exchange before making them available to customers.

Throughout the crypto industry, the technical infrastructure is gradually improving. If we think of the whole architecture as a pyramid, the base is represented by the Layer 1 public chain. There are many high-performing Layer 1 public chains, with future technology upgrades becoming more modular in nature. These have met many of the requirements for Web3 migration, arising from the need for tasks such as high-frequency trading.The next higher layer of the pyramid is the Layer 2 public chains and middleware represented by rollup. Huobi has invested in OptimizmPBC, zkSync and other high-quality Layer 2 programs, to further develop the infrastructure for a Web3 future.

At Consensus 2022, we also announced our investment in Cube, a public chain that provides innovative infrastructure for Web3 and the metaverse. This aligns with our belief that Web3 is on the cusp of transforming the world, and that decentralized public chains such as Cube will form its backbone.

With Huobi’s deep expertise in blockchain technologies and extensive crypto industry experience, we can also help Web2 companies migrate to Web3 at the investment or incubation level. Our research arm, Huobi Research Institute, has strong research capabilities to support Web2 companies’ migration to Web3 through data-driven analysis and insights. In turn, these companies can support their users’ migration to Web3.

In short, Huobi has the vision, capabilities and know-how to help Web2 users and companies migrate quickly to Web3, in ways they are most familiar with. As to how successful we will be, I look forward to returning to Consensus 2023 and subsequent editions to share our report card!

This article came directly from the Hyobi Global blog, found on https://blog.huobi.com/huobi-cfo-how-huobi-is-laying-the-foundation-for-web3/