Huobi and pSTAKE Discuss the Future of Staking on Twitter Spaces 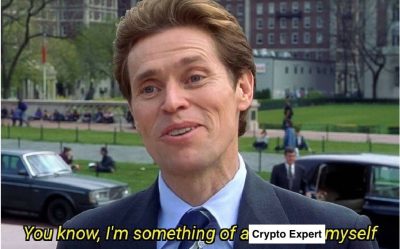 So. You’ve jumped down the crypto rabbit hole. You’re trading coins, sharing investment strategies with your friends, listening to expert panels on industry trends, and even buying NFT roses for your girlfriend (because flowers die but NFTs last forever).

You may have come across the term “staking”. Recent protocols and applications surrounding staking have been evolving, and on Monday Huobi hosted its first live Twitter Spaces AMA session to talk with Mikhil Pandey – Project lead at pSTAKE – about the limitations of traditional staking protocols and how pSTAKE overcomes them, as well as exciting new developments for their Persistence platform. Huobi Global recently listed pSTAKE on its exchange on February 24.

Staking is a way in which asset holders can earn passive income on their cryptocurrency. By locking their tokens in a designated wallet, users become validators in a proof-of-stake system, and take on the role of storing data, authenticating transactions and building new blocks on the blockchain.

This process is called “Proof-of-Stake” (PoS), a consensus mechanism that Ethereum and other chains use to keep the network secure and decentralized. This is a win-win for both stakers and the network ecosystem alike; stakers receive rewards on their assets, and the network becomes increasingly safe in a cost-efficient way. However, the protocol also has its limitations.

What are the Benefits of Liquidity Staking with pSTAKE?

pSTAKE is a staking protocol developed by Mikhil and his team at Persistence, a layer-1 blockchain network that powers an ecosystem of Defi products. The protocol aims to overcome the limitations of traditional staking, such as asset locking and poor user experience.

“So today, when you stake your assets, you use a non-custodial wallet or you go to an exchange like Huobi, and they become non-liquid.” Mikhil explained. This is because staking locks up the assets for a lengthy period. “So in the background they’re generating staking rewards…but that’s it, those assets are not useful. And meanwhile, really great, new generation opportunities are on the defi market (but) you cannot participate… because you have locked your assets in stakes…for five years.”

This comes at a time when demand for speed and fluidity within blockchain ecosystems are increasing. The Ethereum network is upgrading its own PoS protocols for its transition to Eth 2.0, where transactions per second (TSP) will increase from an original 13 TSP to 100,000 TSP, enabled by support from ZK Rollups.

A locked asset is not only a limit to user participation in defi networks, but also a risk when markets experience downturns. “If you want to unstake on protocols like atom…chances are that it’ll take a 21 day period. So you have to wait for 21 days before you get back your staked assets. And that’s a pain point for users.”

pSTAKE allows for liquidity staking, a term used to describe the process of stk tokens being given by the pSTAKE protocol, which are a representation of the assets staked within an account, and can be used freely on the defi ecosystem.

This not only reduces risk surrounding the price volatility of assets, but also allows for more yield producing activity with existing assets, such as trading and collateral loans. Additionally, pSTAKE improves on network security by giving token holders the responsibility of evaluating validators who onboard the platform.

pSTAKE Talks About the Future of Staking

Talking about pSTAKE’s future, Mikhil explained, “If you want to build a defi ecosystem on any PoS chain, I think the code or the fundamental requirement for that chain to succeed as a defi hub, is to have liquid staking, because without liquid staking, you either compromise security, or you just have security and not much defi within the ecosystem. So liquidity staking will play a key role taking us and defi forward, that’s my thought process.”

In addition to sharing his thoughts on pSTAKE’s development, Mikhil also teased us with some exciting new developments:

“We’ve been working on an integration with a major defi protocol, which is expected to go out in April. We are expected to put out a governance proposal very soon…you’ll have a use case for a stk item where you can earn staking rewards by staking via p stack and at the same time borrow against that asset as well.”

Once the integration is complete, users will be able to use stkATOM, stkLUNA and many other cosmos based tokens within the entire cosmos at much lower gas fees, compared to the ecosystem today.

Follow Huobi Global on Twitter for more Twitter Spaces AMAs with industry thought leaders and chances to win cash/crypto prizes. For more educational resources on crypto, head over to Huobi Learn, or dive into our Huobi Research reports here.

This article came directly from the Hyobi Global blog, found on https://blog.huobi.com/huobi-and-pstake-discuss-the-future-of-staking-on-twitter-spaces/