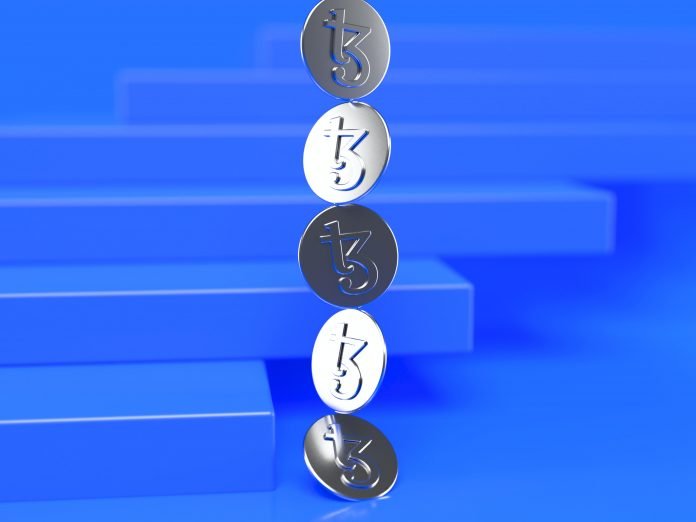 Since 2020, Web3 and the metaverse have been among the most-watched topics globally despite the bearish cryptocurrency market of late. To many, Web3 is an opportunity to place the value of users’ data back in their hands, which is in accordance with the concept of the metaverse. Many industry players regard Web3 as the foundation of the metaverse and believe the former’s development determines the realization of the latter.

The year 2020 was a meaningful one for the blockchain field, as the DeFi concept shifted people’s attention to “decentralization”, which is the core concept underpinning Web3. This is despite there not being any precise definition of Web3 so far. Many decentralized concepts under Web3 have gone more mainstream and are playing a vital role in the  development of Web3, such as in the applications of DeFi, GameFi, Decentralized Autonomous Organization (DAO), and NFTs.

With the decentralized Web3 widely seen to represent the next generation of the Internet, many top digital exchanges such as Huobi Global, Binance and FTX have invested in Web3-related projects to seize the opportunity.

Investing in the future

At Consensus 2022, a major blockchain event focused on Web3 developments which was held in Austin, U.S. this June, Huobi Global, underlined its bullishness on the potential of Web3 to transform the world. The exchange has been deploying funds on Web3 related projects.

For example, Huobi Ventures, the investment arm of Huobi Global, has established a $10 million investment fund for early-stage GameFi projects. For those not familiar with GameFi, it is a combination of digital assets and gaming. It is based on the “play to earn” functionality that enables users to earn dividends by playing games. It is still very early days, but it has stoked considerable interest among the public, and many users even play such games for a living.

Huobi Ventures has also committed $10 million to NFT investments. This includes not just the collectibles themselves, but also emerging NFT projects, such as marketplaces and mining. NFTs are now the pre-eminent way to prove the authenticity and ownership of digital assets, providing individual creators with new ways to earn money. Even amid all the speculation, NFTs seem to be on an uptrend, representing the beginning of something bigger.

“Many promising projects tend to encounter liquidity constraints and a lack of go-to-market support, which present significant barriers to growth. By providing such projects liquidity investments and incubation services, we look forward to creating a better and more inclusive DeFi and Web 3 blockchain ecosystem,” Huobi Global CFO Lily Zhang said at the Consensus 2022 event.

As one of the world’s leading cryptocurrency exchanges and blockchain solutions providers, Huobi Global has also been deeply involved in blockchain technology advancement, such as facilitating the development of Decentralized Identifiers (DID) and Layer 2 projects.

Web3 requires a new identity system that could be recognized by different chains in a decentralized world. DID is the identification system for Web3 users. DIDs can correspond with multiple identities and require more applications, including social networking, games, and more to support the accumulation of data on-chain. Huobi Global has made significant headway in DID building – nearly 700,000 Huobi users have obtained DIDs.

Throughout the crypto industry, the technical infrastructure is gradually improving. If we think of the whole architecture as a pyramid, the base is represented by the Layer 1 public chain. There are many high-performing Layer 1 public chains, with future technology upgrades becoming more modular in nature. These have met many of the requirements for Web3 migration, arising from the need for tasks such as high-frequency trading.

The next higher layer of the pyramid is represented by Layer 2 public chains and middleware represented by rollup. Huobi has invested in OptimizmPBC, zkSync and other high-quality Layer 2 programs, to further develop the Web3 infrastructure.

For many users, the transition to Web3 will not be easy. They will face challenges in activities such as buying digital currency, investing in and trading crypto, finding credible sources of knowledge, as well as guarding against scams. These challenges present a considerable barrier to entry for Web2 users, who may pay a high price in terms of suffering heavy losses when they make mistakes.

With Huobi’s deep expertise in blockchain technologies and extensive crypto industry experience, we can also help Web2 companies migrate to Web3 at the investment or incubation level. Our research arm, Huobi Research Institute, has strong research capabilities to support Web2 companies’ migration to Web3 through data-driven analysis and insights. In turn, these companies can support their users’ migration to Web3.

Although the crypto market is experiencing a winter, this has not curbed enthusiasm on the future of Web3.  This perhaps reflects the wisdom from poet P.B. Shelley’s poem, “Ode to the West Wind”, whose last line reads：“If winter comes, can spring be far behind?”

This article came directly from the Hyobi Global blog, found on https://blog.huobi.com/how-are-top-digital-exchanges-embracing-web3/

Previous article
What Is Bitcoin, and How Does It Work?
Next article
Bitrue Weekly Market Report: Bitcoin Holds Above $20,000, Despite Harsh Market Selling Spree | by Bitrue | Aug, 2022