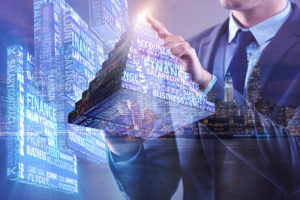 Lending Tree Chier Economist, Tendayi Kapfidze recently commented on Bitcoin, calling it a pyramid scheme, so here is why his view may be wrong.

Over the course of the last 11 years, Bitcoin has traveled a long way for an unknown new invention to the largest cryptocurrency in the world, with a market cap of $130 billion. However, despite all of its achievements, there are still many who think of it as a pyramid scheme and a scam.
One example is Lending Tree Chief Economist, Tendayi Kapfidze, who recently spoke against it for Yahoo Finance. Kapfidze claims that BTC is a pyramid scheme where people can only make money depending on how many people entered the market after them.
He also claims that Bitcoin “has no real utility in the world. They’ve been trying to create a utility for it for ten years now. It’s a solution in search of a problem and it still hasn’t found a problem to solve.”
Bitcoin peer-to-peer electronic cash system
As many likely knows, Bitcoin is a Peer-to-Peer (P2P) electronic cash system. which was introduced in…