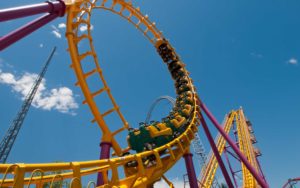 Bitcoin (BTC) has tended to look “boring” in 2019. But the coin has regular, dramatic price moves, exceeding 20% per day. This behavior has continued since BTC moved into the mainstream.

Bitcoin saw volatile days from 2017 until now, with 20 occasions of price moves above 20%. This excludes lesser, but also significant price swings. The moves in either direction had various causes, ranging from the initial crash from all-time highs, to short-term rallies. The list includes the latest 42% price swing in October.

Since 2017 there have been twenty 20% or higher intraday moves for $BTC (UTC) pic.twitter.com/7TF55ZNMK5

Positive price swings were most common toward the end of 2017, when the bitcoin climb marked a series…