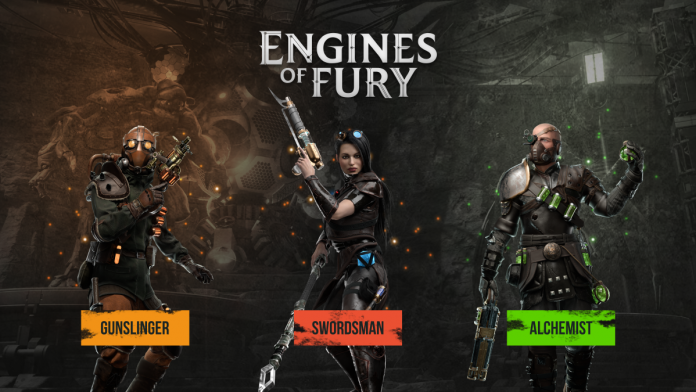 The article below came directly from the Mintable.app blog, found on https://editorial.mintable.app/blog/

In this week’s Spotlight, we have the captivating PVE and PVP game Engines of Fury, a retro-futuristic world 3D auto battler where players can duel, win & earn, upgrade, and host. With a strong team and a vision, Engines of Fury is the next crypto game to watch!

What is Engines of Fury?

Engines of Fury is a visually stunning, interesting, and addictive game that would seamlessly tie the crypto functionality to an addictive gameplay loop in a creative and smart way. This will ensure the game’s long-term success, attract numerous players over time, drive the game economy, surge the value of tokens and NFTs, and create lucrative incentives for investors, NFT enthusiasts, and the blockchain community as a whole. In a nutshell, Engines of Fury is a captivating, stunning, and impressive retro-futuristic world 3D auto battler where players can:

Duel: Engage in exciting PVE and PVP duels and tournaments

With a core team based in Lithuania of 30 people, most of the team members have more than a decade of experience in game development under their belt in projects like NOIA (Syntropy) and Matic Network (Polygon). On top of a large number of trusty advisors and partners, the founding members come from multinational game development studios and esports gaming platforms.

What to expect from Engines of Fury:

The mission of Engines of Fury is to break traditional molds and tackle the main pain points prevalent in existing crypto games – repetitive gameplay. The core of Engines of Fury’s vision is to develop a visually stunning, interesting, and “dopamine-kicking” endless gaming experience, by immersing it into a mysterious world with an intriguing storyline and interesting gameplay.

Engines of Fury will bring:

In the Engines of Fury world, you – the Player – will be able to:

Find out more about Engines of Fury:

The article above came directly from the Mintable.app blog, found on https://editorial.mintable.app/blog/