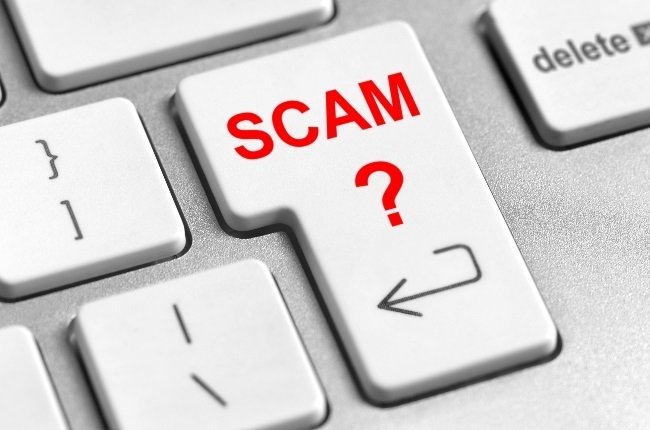 Among many criminal schemes that seek to part cryptocurrency users from their funds, fraudulent recovery services hold a special spot. Scammers that use this method pose as providing a legitimate avenue to recover funds that victims have lost via theft, fraud, or hacking, essentially targeting the people who had already lost their money to criminals.

Being the victim of an investment or other type of scam can be emotionally and financially devastating, stressful, and embarrassing. Oftentimes, there is a great deal of confusion and uncertainty. Is the money truly gone? Who is behind the fraud? What recourse do I have and who should I report it to? Unfortunately, there are bad actors out there waiting to take advantage of victims by offering fraudulent recovery services.

Such schemes are another form of an “advance-fee fraud” whereby victims pay upfront expecting larger returns later. This is not a new scheme, and one not exclusive to the digital asset space. Regulatory agencies and law enforcement around the world have previously warned users about the dangers of illegitimate asset recovery services. However, following the impressive global growth of cryptocurrency adoption, it is not surprising to see criminals refocusing some of their activities on this sector.

Regulators and consumer protection advocates have provided advice on how to identify and avoid fraudulent recovery services. The US Commodity Futures Trading Commission (CFTC) has warned consumers that these services run promotions in places where victims are looking for help, such as in the media. In our work with DigiFinex’s Global Intelligence and Investigations team, we have encountered suspects advertising cryptocurrency fraud on social networks, forums, and consumer review websites focused on investment losses. Below are some common components of cryptocurrency-specific recovery scams that our team has identified.

Predatory recovery services mostly require a flat fee upfront for their services regardless of the outcome of their tracing or fund recovery. Often, they will require a fee before engaging with victims’ cases at all. The US Federal Trade Commission (FTC) warns that these upfront fees can be called many different things, including a “retainer fee,” “processing fee,” or “administrative charge.”

The FTC notes that in the United States, “telemarketers selling recovery services can’t ask for or accept payment until seven business days after they deliver the money or the item they recovered to you because it’s against the law.”

In addition to not paying these fees, victims should also avoid sharing sensitive details such as their bank account information with the alleged recovery services.

Fraudulent recovery services are often owned by individuals connected to investment fraud networks. Government agencies have issued warnings about such services, noting that they commonly recycle victim lists from the initial scams.

A quick Google or Linkedin search for employees of such companies can often reveal employment histories at companies that have been the subject of regulatory actions, critical media reporting, and/or poor user reviews. Many of these companies attempt to conceal their true locations, portraying themselves as registered in or operating from jurisdictions like the United States or United Kingdom, while searches show that their “employees” are actually located in the same locations as the perpetrators of the original frauds.

The transparent nature of blockchain allows anyone to see details of each and every cryptocurrency transaction. Consequently, there are many self-proclaimed private blockchain experts and investigators promising to help victims trace their stolen funds. While these services are different from the outright scams mentioned above, there are still issues that customers should be aware of.

Again, practically all such private services require upfront payments regardless of the outcome. The reason is obvious: if they were to receive funds only when the victim actually recovers losses, most of them would be out of business very soon. In fact, when pressed, some of these services later state that they don’t actually provide recovery, only “pre-recovery services.”

Unlike fraudulent recovery services, private tracing investigators actually produce something to show their work. Oftentimes the result comes in the form of a report that attempts to identify the location of their customer’s funds. This tracing tends to be of rather poor quality, created by automated tools without human review, and is often so ambitious that it is detached from reality. In an effort to provide their client a neat answer, these services often trace through mixers or unidentified exchanges.

These companies never fail to claim they identified where the money had gone – after all, they are in the business of selling unrealistic expectations. In reality, blockchain tracing can be complicated and return indeterminate results – it is as much an art as a science.

This article came directly from the Digifinex blog, found on https://blog.digifinex.com/2022/10/07/fraudulent-recovery-services-how-not-to-fall-for-a-scam-twice/

Related article | DigiFinex Story: Mining in Indiana, US
Previous article
Key Takeaways from Bitrue Community Talks | 2022 Recap with Chief Strategy Officer of Bitrue, Mr. Robert Quartly-Janeiro | by Bitrue | Jan, 2023
Next article
An Introduction to Stablecoins: What They Are and How They Work | by LBank Exchange | LBank | Jan, 2023