Ethereum price is struggling to recover and correct higher against the US Dollar, similar to bitcoin. ETH price remains at a risk of more downsides below $140 and $136.

This past week, Ethereum declined below the $144 and $142 support levels against the US Dollar. ETH price even spiked below the $140 support and a new monthly low was formed near $139.

Later, there was an upside correction above the $142 resistance level. However, the upward move was capped by the $145-$146 resistance zone. A high is formed near $146 and the price is currently declining.

It is trading near the $140 support area and remains at a risk of more downsides. An initial resistance is near the $141 level, which is near the 23.6% Fib retracement level of the recent decline from the $146 high to $140 low.

On the upside, there are many hurdles near the $142 and $144 levels. Besides, there is a major bearish trend line forming with resistance near $142 on the 4-hours chart of ETH/USD.

Additionally, the trend line also coincides with the 50% Fib retracement level of the recent decline from the $146 high to $140 low. Therefore, a clear break above the $142 resistance is needed for a decent recovery.

The main resistance is still near the $144 and $146 levels. Thus, if there is a successful close above the $146 resistance, the price could continue to recover towards the $152 and $155 resistance levels.

On the downside, an initial support is near the $140 level. If there is a daily close below the $140 level, there is a risk of a downside thrust towards the $135 and $132 levels in the coming sessions. 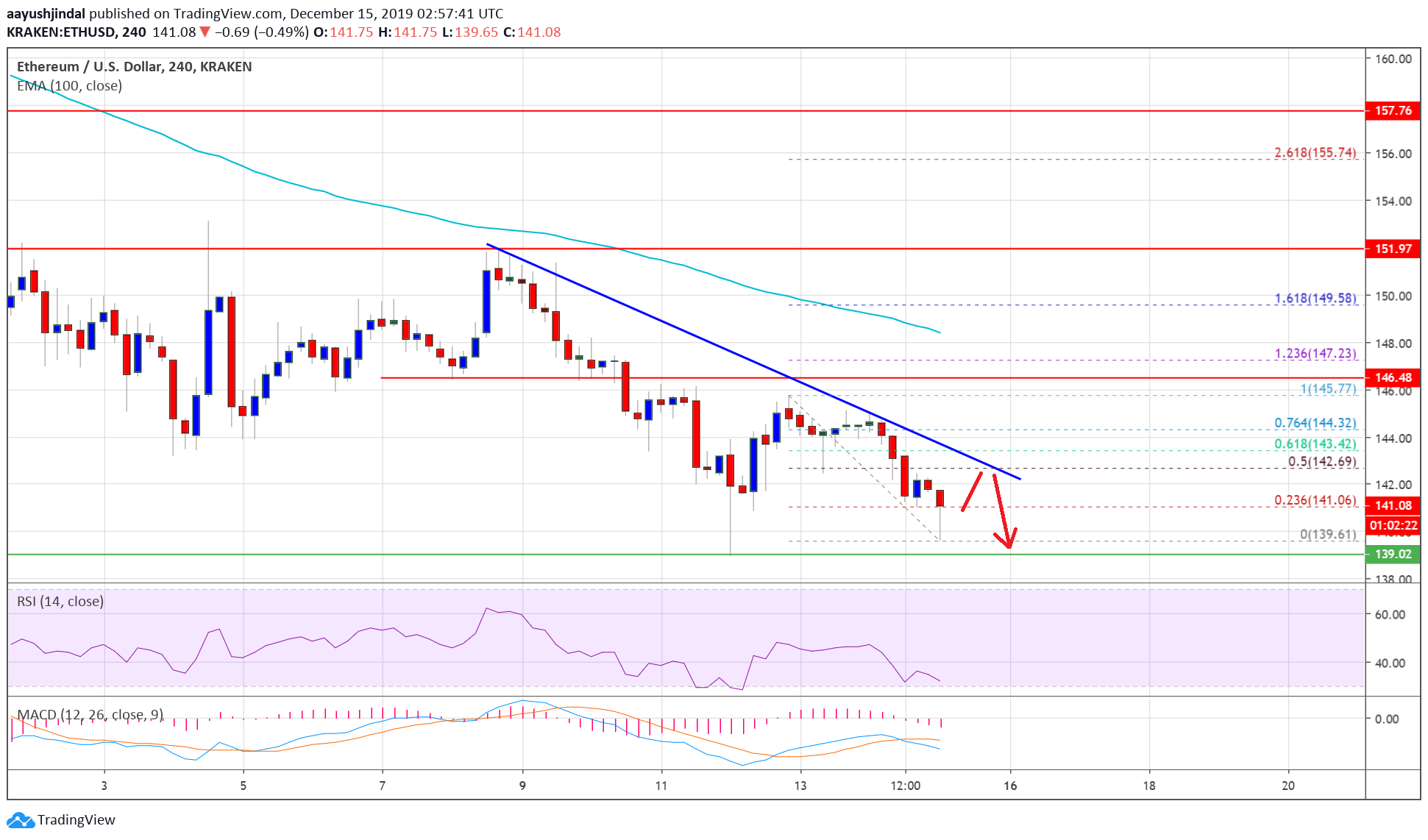 The above chart indicates that Ethereum price is facing a lot of hurdles near the $142 and $146 levels. Therefore, the bears are likely to remain in action and there is a risk of another bearish breakdown below the $140 support area.

4 hours MACD – The MACD for ETH/USD is slowly gaining strength in the bearish zone.

4 hours RSI – The RSI for ETH/USD is currently declining and it is closing in towards the 30 level.