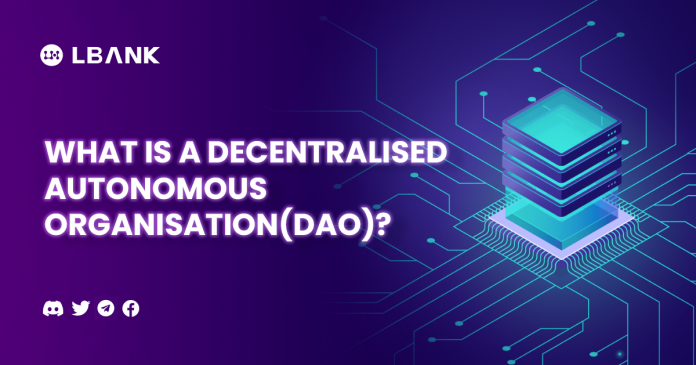 Cryptocurrencies have the potential to revolutionise the way we interact with the digital world. One of the most exciting prospects is the idea of decentralised autonomous organisations (DAO).

DAOs are organisations that are run by code, not by people. This means that they are transparent, efficient, and resistant to corruption since it is decentralised and devoid of central authority or governing institutions.

Bitcoin is considered the first project to come close to being a DAO. But after the introduction of the Ethereum blockchain and its smart contract capabilities, DAOs began to advance and came closer to providing total transparency and community governance.

What is a Decentralised Autonomous Organisation (DAO)

A DAO is an entity that is run by a set of smart contracts rather than by a centralised authority. This type of organisation is often seen as the next step in the evolution of the internet, as it brings a number of advantages over traditional organisations.

DAOs are virtually by definition a product of the Web3 community and are frequently created as non-profit organisations with a mandate to fundraise and distribute grants to innovative new projects with the express purpose of facilitating longer-term development.

Why DAO Continues to Gain Traction

There is no doubt that DAO has taken the crypto world by storm. Often lauded as the future of business, DAO has continued to gain traction in recent years as more and more companies and blockchain projects adopt this unique model.

This is because DAO companies are more collaborative and agile and they can be run by anyone in the world. It allows for a more democratic and inclusive way of doing business and has the potential to be much more profitable than traditional companies.

The main motivation behind setting DAOs is to present a large number of contributors the opportunity to engage in its governance and future development. The community decides how the business will allocate funds and resources. Only with the permission of the DAO’s members is it possible to access its funds.

Additionally, DAOs are owned and governed by individuals holding a sufficient number of a DAO’s native token. For example, Aave (AAVE), ApeCoin (APE), Curve (CRV), Dash (DASH) are some of the most valuable DAO cryptocurrencies and tokens. Users can buy, sell, hold these tokens on one of the top crypto exchanges — LBank.

However, DAOs also have some drawbacks. One of the biggest challenges facing DAOs is security, as they are often targeted by hackers. Additionally, DAOs can be quite complex and may be difficult to understand for those who are not familiar with the technology.

Notwithstanding, DAOs have the potential to revolutionise the way we do business. They are transparent, efficient, and completely autonomous. This could lead to a more democratic and decentralised form of organisation, where power is vested in the hands of the people rather than in a centralised authority.

This article came directly from the LBank blog, found on https://medium.com/lbank/decentralised-autonomous-organisations-daos-to-lead-the-charge-for-transformation-8d102ad0f10?source=rss-87c24ae35186——2