The last few years have seen national governments and central banks grappling with how to regulate the crypto-sphere. The US is no exception, but the Commodity Futures Trading Commission (CFTC) is one federal agency that is more supportive of the industry’s growth.

This bullish view was reinforced by CFTC Chairman Heath Tarbert in statements made surrounding sensible regulation to promote growth, and his vision that sees the US as the global leader in the blockchain and crypto industries.

While the US Securities and Exchange Commission (SEC) maintains a conservative approach to cryptocurrencies, the CFTC has been more constructive with regards to the coins. Recently, they announced their stance that Ether (ETH) is a commodity, opening up the floor for a plethora of newly regulated derivatives products on platforms like the CBOE.

While delivering a speech at Harvard Kennedy School this week, Tarbert highlighted the agency’s the prevailing regulatory approach on crypto-assets.

Some financial officials around the world have been hostile towards Bitcoin, but Tarbert wants to see the cryptocurrency thrive. Reasons for CFTC regulation, then, are to ensure that Bitcoin and other cryptocurrencies can continue to grow.

He discussed how his team is focusing on two of the key issues surrounding cryptocurrency regulation, anti-money laundering and counterterrorism financing.

“By and large, the two major problems, thus far, with the vast majority of crypto – or I should say ‘issues’ – are, number one, anti-money laundering and counter terrorist financing. So these are things that could, if done wrongly, subvert our AML/CTF.” 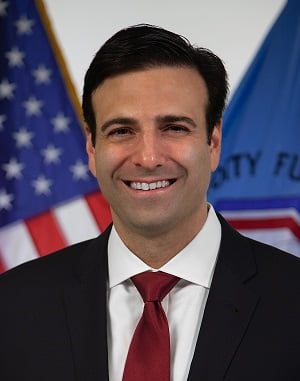 In October, at the Yahoo! Finance All Markets Summit in New York City, Tarbert participated in a wide-ranging interview on crypto regulation and other CFTC agenda items.

When asked why government officials in Washington were recently up in arms about Facebook’s Libra but not Bitcoin, Tarbert said that Bitcoin has been around for ten years and it’s fully understood how it works; by contrast, Libra is still developing, with a lot of unanswered questions about its overall structure.

He also noted that Bitcoin could break out if governments begin accepting the coin as a legitimate payment option; the state of Ohio was the first US state to accept BTC for tax payments, but has since discontinued the program following the election of a new treasurer.

US to Lead Fintech?

As for implications for the crypto industry, one thing Tarbert focused on was in relation to the US leading global fintech innovation.

He stressed “the importance of blockchain and digital assets to the United States, and in particular as CFTC Chairman, I want the U.S. to lead in this technology.”

He continued, saying that he wants the US to take the lead because whoever leads in this technology is going to “end up writing the rules of the game.”

Tarbert has reason for his concern. In August, the governor of the Bank of England, Mark Carney, gave a speech at a gathering of bankers where he discussed how a cryptocurrency could impact the current dominance that the US dollar enjoys:

The post Crypto: CFTC Chairman Wants US to Lead Regulation, What Does This Mean? appeared first on NewsBTC.