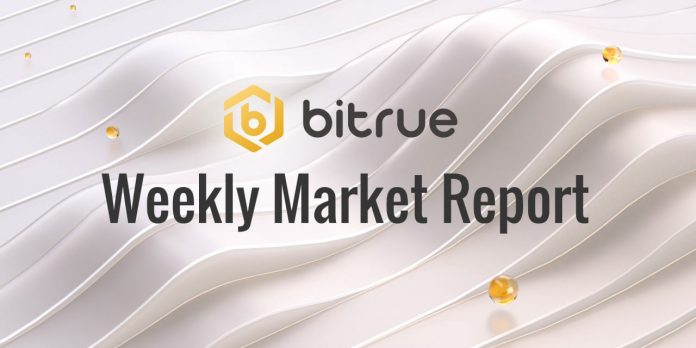 Global economy has been seeing a high reading on inflation, with the United States CPI (Consumer Price Index) rising to 7.8% in April YoY. This is the highest score since 1984 when the US Economy reached a whopping 7.9% rate of inflation. Jerome Powell, Chair of the US Federal Reserve, stated in his speech “We’re trying to fight inflation, not to trigger inflation.” This was after the FED raised the interest rate by 75 basis points, the biggest rate hike in 28 years, to curb inflation and manage a “soft landing” for the US economy.

The Fixed-Income market saw a flattening 1-year yield curve in the opening week session, signaling that investors are expecting a possibility of recession in the coming year. This is also supported by the narrowing spread between 10-year to 1-year Treasury yield as a market leading indicator for the upcoming recession. During the weekend, the global crypto market capitalization dipped below $700M marks, the lowest since 2017. As both Bitcoin and Ethereum breached its psychological support of $20.000 and $1.000, respectively.

As for the 4H chart, while BTC has already made a huge deviation from its 200 moving average, it is still looking bearish. Recent price momentum shows there is a bearish hidden divergence with the potential for lower prices in the short term.

If you zoom in to the hourly chart, there is a possibility that BTC will still make a short term bullish channel before it can break the support line, finally continuing its bearish trend.

Ethereum is also signaling a quite similar trend with BTC. There are some possibilities that it will stay above $1,000 for a while as psychological support before the market decides where it will go next. Currently the price is still hovering around a downward channel and also showing a bearish hidden divergence.

One fundamental factor that we need to pay close attention to for Ethereum’s case is its mainnet merge. As any news that comes out pre- and post-merge could become a catalyst that is detrimental for the next price action.

This article came directly from the Bitrue blog, found on https://bitrue.medium.com/bitrue-weekly-market-report-btc-eth-gaining-momentum-bull-trap-or-bull-run-ec2eddd1df86?source=rss-c4759c9c6535——2