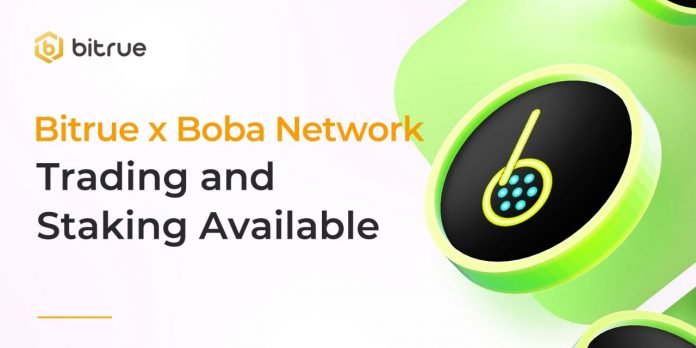 We are pleased to announce the integration of Boba Network on our exchange!

The competition among blockchain projects is without doubt very tough, for us exchanges, selecting the right projects to invest in is quite challenging. Although many projects have sought to be an “Ethereum killer”, and provide a better, faster, cheaper alternative to Ethereum, some projects have decided to take a different route and complement Ethereum instead of going on a head to head competition with the market leader. Solving the problem of high transaction fees in DeFi is one of the biggest hurdles to our society’s mass migration to a decentralized financial system. To prevent high gas fees during high demand environments, while still maintaining decentralization, layer 2 scaling solutions have become increasingly popular in the crypto world. Among all the different layer 2s, Boba Network has caught our attention.

Hereby we would like to share some of the reasons why we think Boba will be the next big thing!

Ethereum founder Vitalik Buterin has stated that layer 2 scaling solutions will continue to be an important part of the ecosystem. The Ethereum foundation did not comment on their thoughts about which layer 2 will thrive in the long run, however, although there are several methods that can be done to scale blockchains, rollups have been getting the most attention. Boba network implements a type of rollup called the optimistic rollup. Boba’s adoption of this technology allows it to have a significant edge over its competitors. As opposed to using sidechains, rollups are built on top of Ethereum;it relies on the blockchain’s security protocol instead of creating its own security protocol, thus making it much more safe. In addition to that, when updates are made on the main chain, Boba will also enjoy its benefits. Even more, when compared to other scaling solutions such as sidechains and plasma, migrating applications from the Ethereum mainnet to a rollup chain is the easiest, and can be done without even re-writing the code. Granted, there is still a limitation of throughput when it comes to rollups, estimated at 500 transactions per second, however, it is undeniable that it is at the forefront of layer 2 development.

2. Boba is Optimism on steroids

Boba is built on the Optimistic Rollup developed by Optimism. For those of you who are not familiar with this concept just yet, optimistic rollup is a scaling solution where transactions are stored outside of the main chain, before it is “rolled up” or compressed together and submitted to the main chain for validation. The optimistic rollup method assumes every transaction submitted to the main chain is valid, therefore to have a “fraud proof” mechanism, a dispute resolution system is deployed to slash the bad actors. Rollups, especially optimistic rollups, is the hottest thing in development among the Ethereum community at the present moment.

Optimism has received a lot of media attention and positive anticipation in the past few months, some of the possible reasons for this could be their low gas fees, which on average are seventy times cheaper than Ethereum, and fast transaction speed, 10–15 seconds on average.

Although Optimism has been the pioneer of optimistic rollups, they are not free of flaws. Innovations across the ages have always worked the same, one company offers a solution, others find the failings of a product and try to build something even better. Boba Network fixes the shortcomings of Optimism, even reducing the optimistic rollup exit period from 7 days to only a few minutes. Aside from that, Boba Network also offers yield farming incentives on its chain, which previously did not exist with Optimism and Arbitrum. As according to Boba Network’s official documentation, Boba provides a better service than Optimism through additional features such as cross-chain messaging, providing a swap-based system for rapid Layer 2 to Layer 1 exits (without the 7 day delay), establishing a community fraud-detector that allows everyone to verify transactions, it also has a DAO governance and NFT-bridging mechanism, all of those are not available on Optimism.

3. Boba Network is widely anticipated by the community

Community anticipation is also visible across Boba’s social media channels, with more than 350k followers on Twitter, and numerous KOL endorsements on YouTube. At the moment, Boba has a growing network of 42 dApps such as Boba Brewery and Symbiosis Finance.

No matter how good a product is, it could only flourish if there is a community supporting them, just like how Bitruers have always supported our exchange, Boba Network also has their own loyal followers, creating a good foundation for a flourishing ecosystem.

We are excited to have a quality project like $BOBA listing on our exchange. Boba network’s native token $BOBA is now available to trade and invest on Bitrue. Invest on the $BOBA token at Bitrue’s yield farm and earn up to 3% APR!

This article came directly from the Bitrue blog, found on https://bitrue.medium.com/bitrue-project-highlight-series-2-boba-network-boba-37aeb1bcf5bb?source=rss-c4759c9c6535——2