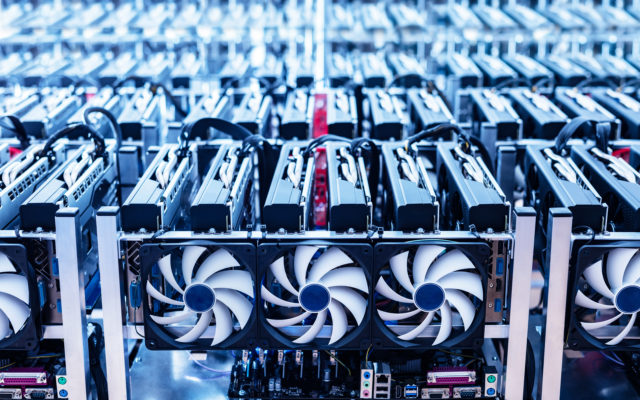 At a time of intense competition in the bitcoin mining space, Nasdaq-listed crypto mining firm, Riot Blockchain, is ramping up operations. The company has purchased over 4,000 Bitmain Antimer S17 Pros for its Oklahoma mining facility in the last month.

You may not have heard of Riot Blockchain (NASDAQ: RIOT), but it’s one of the few Nasdaq-listed companies in the U.S. dedicated to cryptocurrency mining.

The Oklahoma-based mining company invested some $5 million in 3,000 Bitmain S17 Pro Antminers on Dec 4. It claimed that the cost-efficient Antminers would allow it to achieve a 50% improvement in hardware power efficiency compared to the S9 miners currently in use.

The new generation miners are anticipated to generate approximately 440% of the S9’s hashrate while only consuming an estimated 220% of an S9’s electricity usage.

Such an improvement in efficiency, it says, will allow Riot to “significantly increase” its operating hashrate at its Oklahoma City mining…