From Friday when the evaluation of the cryptocurrency market cap was  $132,557,154,676 at its highest point measured to the lowest level, the evaluation has been today at around $125B we have seen a depreciation of around 7.6 billion dollars. 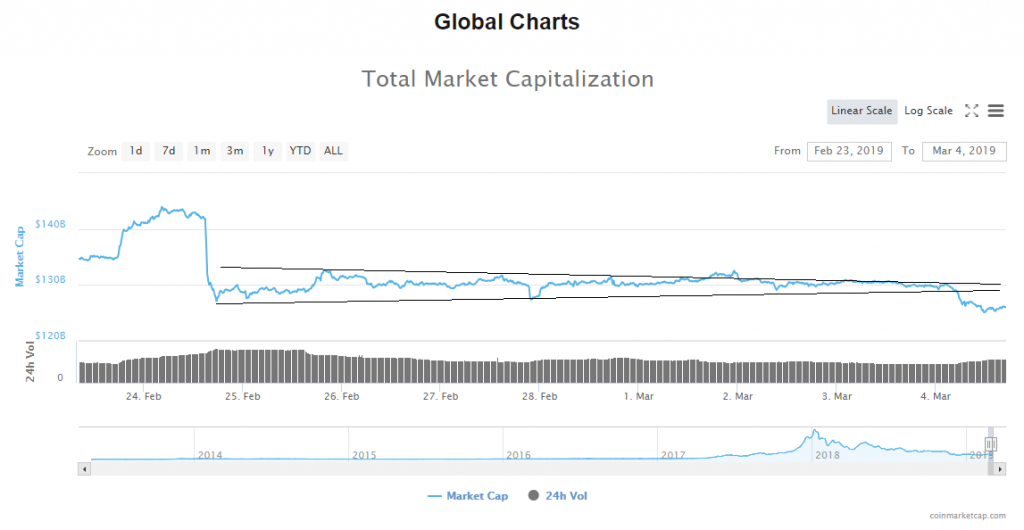 Bitcoin’s market dominance has increased consequently and it is currently sitting at 52.4% coming from 51.78% at its lowest point on Friday.

The market is in red today with an average percentage of change among top 100 coins in the last 24 hours ranging between 2-5%. The biggest losers are EOS with a decrease of 7.29% like most of the losers, while out of those who are in green are in double digits like Loom Network which increased by 10.78% in the last 24 hours and Ravencoin with an increase of…