Statistics show that the Bitcoin price may be on the verge of seeing a red week. No, by red I don’t mean Christmas, I mean a week in which the cryptocurrency falls, potentially to enter back in the range of the $6,000s.

While Bitcoin futures are cash-settled, meaning that the coins backing the contracts don’t actually exist on the blockchain, some say that the settlement of these derivatives has a profound effect on the underlying spot market.

Analyst Joel (@JofDom on Twitter) recently touched on this, posting the tweet below showing that there is a correlation between the expiry of CME monthly futures contracts for Bitcoin and price action.

His data shows that in the week ahead of all previous CME futures expiries, there was a 70% chance that Bitcoin trended lower, with the average loss coming out to 2% in seven days. This implies that BTC could easily drop under $7,000 again as the December 27 expiry nears; then again, though, the 2% loss is just an average, meaning that the CME expiry could spell even more doom for Bitcoin in the coming week.

It isn’t only CME futures statistic that implies Bitcoin may see a red week.

Cantering Clark, a prominent cryptocurrency trader on Twitter, recently remarked that Bitcoin’s price action over the past week is eerily reminiscent of what was seen in late-October, which was when Chinese leader Xi Jinping’s pro-blockchain comments seemingly were the catalyst for BTC to jump 42% to $10,000. Then, BTC bounced then slowly bled out, retracing all the whole run-up.

Noting this similarity, the analyst concluded that like in October and November, there is a good likelihood that Bitcoin will be seeing a “series of head-fakes,” then a “slow drift back down to the lows” of $6,400 to $6,500 in the coming weeks 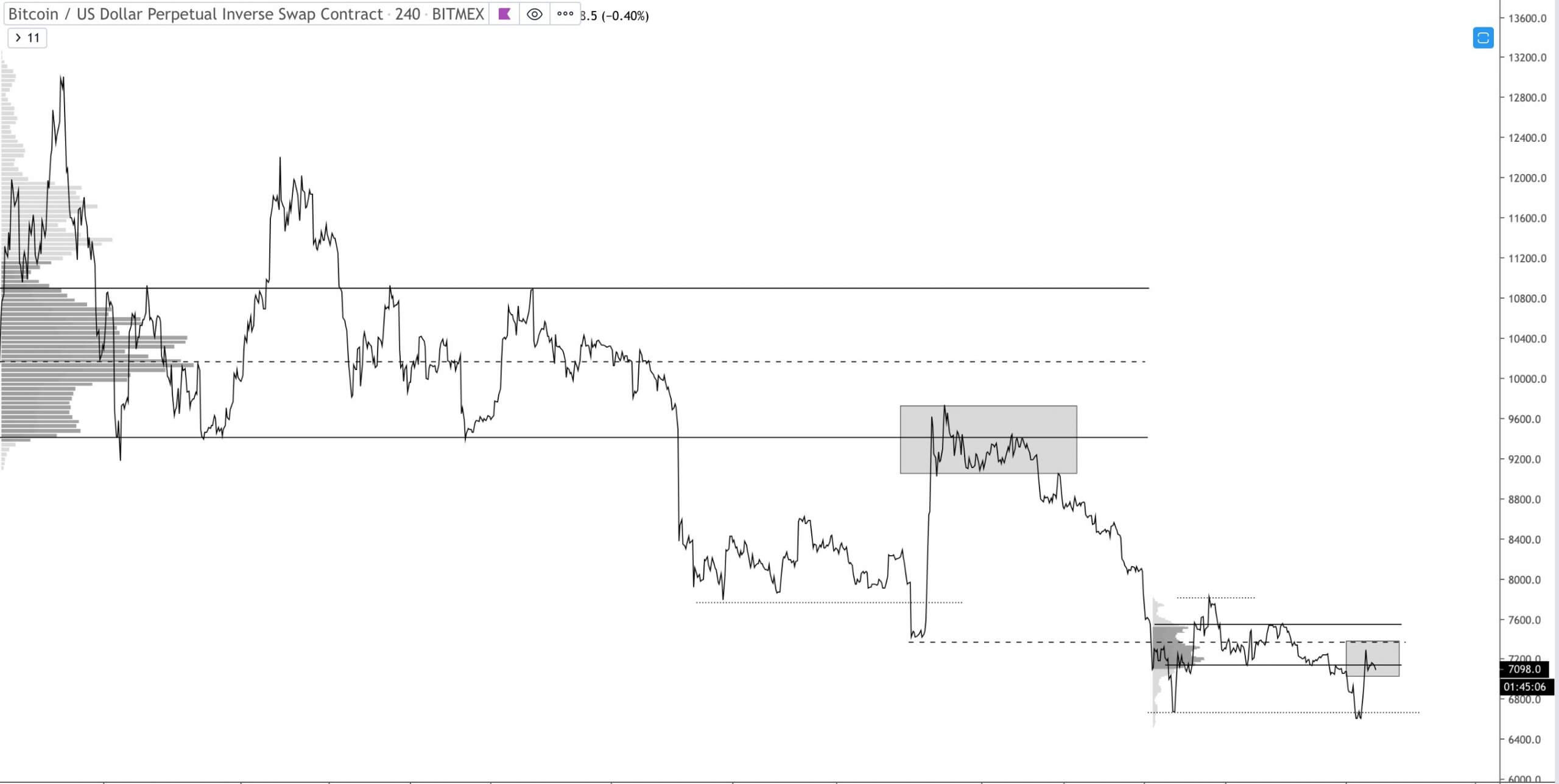 There’s also sentiment from Josh Rager, a popular cryptocurrency trader. Per previous reports from NewsBTC, he remarked that it is far too soon to be bullish after this week’s recovery, citing the fact that BTC is stuck below a trend line formed after October’s infamous China pump, adding that unless it breaks this level and the $8,000 resistance, a reversal rally will end abruptly.