Bitcoin price broke its yearly high May 14 as the 2019 bull run continues to shock traders and analysts, even far beyond the cryptocurrency industry.

Data from even the more conservative Bitcoin price trackers, such as exchange Bitstamp, confirmed continuation of Bitcoin’s awe-inspiring breakout Tuesday, BTC/USD soaring over $83000 at press time.

The figure marks the highest Bitcoin price since May 2018, sealing in the bear market which at one point took markets as low as $3100.

The trend reversal, which began April 1, has meanwhile turned out to be anything but an April fool’s joke.

In the past week alone, BTC price 00 has delivered 40 percent gains. 24-hour performance currently sits at 17 percent, and is expanding.

For anyone who bought bitcoin even two weeks into its bullish trend in mid April, meanwhile, BTC has created gains of more than 60 percent. 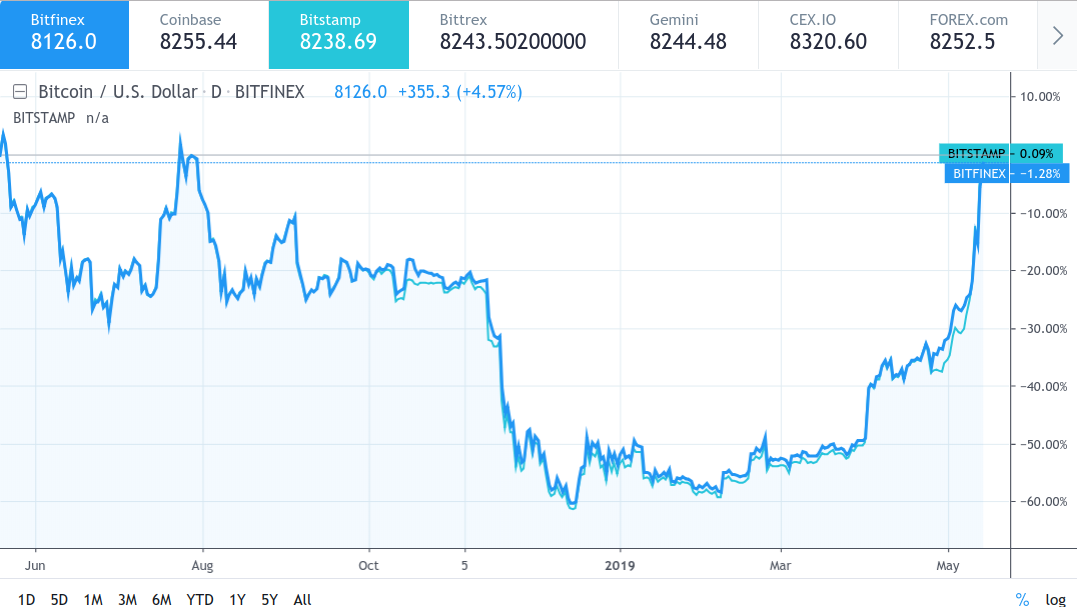 Unsurprisingly, the figures who at that time were already confident the bear market had…