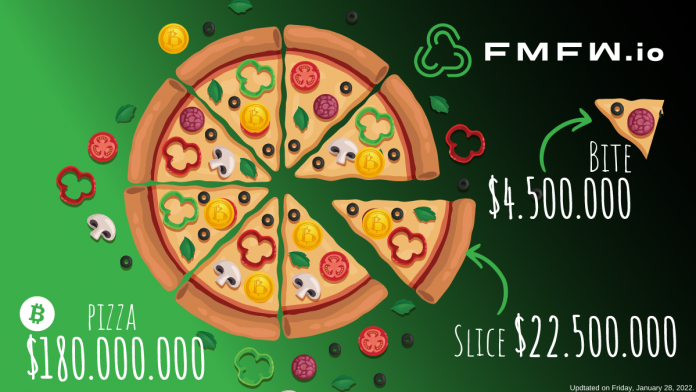 The most important and funny events in the cryptocurrency world

Bitcoin and cryptocurrencies are already in the mainstream, against all odds. But long before this could happen, several important events took place in that industry. Here are the most significant historic events in the cryptocurrency industry.

The term bitcoin was first used in the white paper titled “Bitcoin: The Peer-to-Peer Electronic Cash System” released on October 31, 2008. Nevertheless, no one knows the true identity of the person or group of people responsible for this revolutionary invention so they used the pseudonym Satoshi Nakamoto. In the white paper, readers will find a comprehensive explanation of the distributed ledger system (called blockchain), which cuts off the middleman (financial institutions, banks) for managing online transactions.

The Bitcoin Network is from January 3, 2009, when Satoshi created the first blockchain block — block 0, genesis block.

There are now trusted platforms such as FMFW.io, a cryptocurrency exchange that allows users to buy, sell and trade digital coins. But the first actual Bitcoin transaction took place in Florida on May 22, 2010, when Laszlo Hanyecz bought two pizzas from Papa John’s worth 10,000 BTC.

Picture of the ordered Pizzas by Laszlo Hanyecz, and his daughter’s hand.

Since then, the price of Pizzas has been calculated as the price of bitcoin increases. Nine months after the purchase, Bitcoin hit parity with the US dollar, making two pizzas worth $ 10,000.

Otherwise, the first transaction between two people was between Satoshi Nakamoto and Hal Finney, an early bitcoin supporter — he downloaded the software when it was released. In return, he received ten bitcoins from Nakamoto. Therefore, he became the second person that owned the very first coin.

He also tweeted that he was running a Bitcoin node on his Twitter feed on the same day.

As you probably already guess, we will be explaining what’s behind the HODL term; where is that from?

GameKyuubi, a user of a bitcointalk forum, posted on December 18, 2013, a copy titled “I AM HODLING.”

“You only sell in a bear market if you are a good day trader or an illusioned noob.”

The post was full of typos; however, this one word, “hodl,” became a popular term in the industry. Therefore, now we know that if we are not good traders, we should follow the rule — hodl it, don’t trade it!

It’s been 13 years since we have heard for the first time about bitcoin, and so we are watching the changes in its price. What’s more, we now have more than 8,000 cryptocurrencies in circulation. Some of them, like Bitcoin and Ether, are more popular; some are just in some exact communities. Digitalization and changes are fascinating and influence our daily lives more and more.

Aren’t you curious how cryptocurrencies will be used in a few years?

Stay up to date with the FMFW.io, their features, competitions, and educational content:

This article came directly from the FMFW.io blog, found on https://medium.com/fmfw-io/bitcoin-pizza-day-other-funny-crypto-facts-to-know-4124631b71d8?source=rss-12ea66dd7e99——2

Previous article
Will web3 reinvent the internet business?
Next article
Tobias Lütke, CEO of Shopify, to join Coinbase Board of Directors