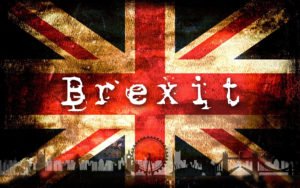 It is no secret that Bitcoin’s popularity varies based on jurisdiction. The reasons why the cryptocurrency notes greater adoption in some particular countries differ from place to place, but here is why Britons should seriously consider investing in Bitcoin at this particular moment.

Ongoing Brexit Uncertainty to Support Bitcoin Demand
The fact that Prime Minister Boris Johnson’s Conservative Party won a historic victory in the UK election initially dissolved Brexit uncertainty concerns. Now the PM has full control over the UK parliament, so the latter cannot hinder his rush to handle the Brexit process.
However, the market’s enthusiasm didn’t last long, as Johnson surprisingly decided to make it illegal for the government to extend the deadline for the so-called Brexit transition beyond December 2020. It refers to the period when the UK and Europe have to reach consensus on their trade relationship. Considering that the UK will likely leave the European bloc on January 31, the two sides have only 11 months to sign a trade deal.