The news was originally announced in a tweet by Willy Woo, market analyst and founder of Woobull.com

The “Bitcoin Momentum Chart” appears to lead the price of bitcoin  (Similarly to the RSI and MACD, but specifically for bitcoin) as changes in crowd psychology tend to happen before prices do. 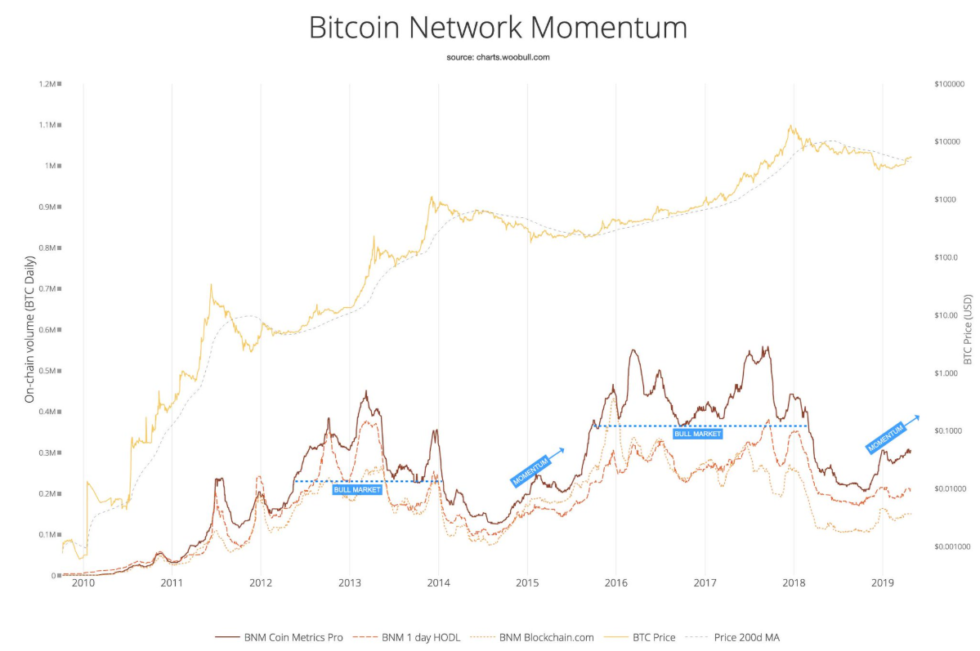 As Bitcoinist has written before, Bitcoin’s price is typically followed by public interest.

The indicator is also seemingly able to quantify price trends based on bull markets and changes in momentum plotted on a separate line graph. This indicator could help traders understand if a strong price trend is in force.

It should be noted that there is already a directional movement indicator that was developed in the 1970s named the Average Directional Index (ADX). The ADX appears to follow the same premise as the Bitcoin Momentum Chart — although this…