Two-thirds of cryptocurrency users would back a fundraising initiative to help those being sued by self-proclaimed Bitcoin creator Craig Wright.

In a survey, Changpeng Zhao, CEO of cryptocurrency exchange Binance, asked followers whether they would back his plan to use the Blockchain to create a fund for legal fees and associated costs.

Wright, who alleges he is the entity behind Satoshi Nakamoto pseudonym, has recently begun sueing those who disagree with him on social media.

As Bitcoinist reported, it was Lightning Torch creator Hodlonaut who became the first victim of the campaign, with the community already pledging to assist him while coming out against Wright and his sympathizers. 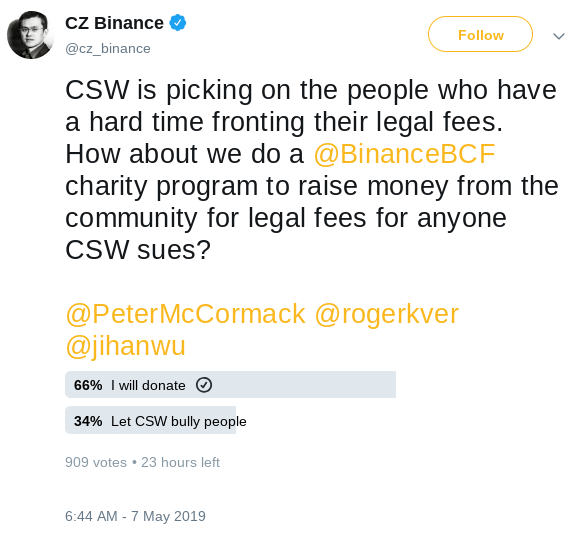