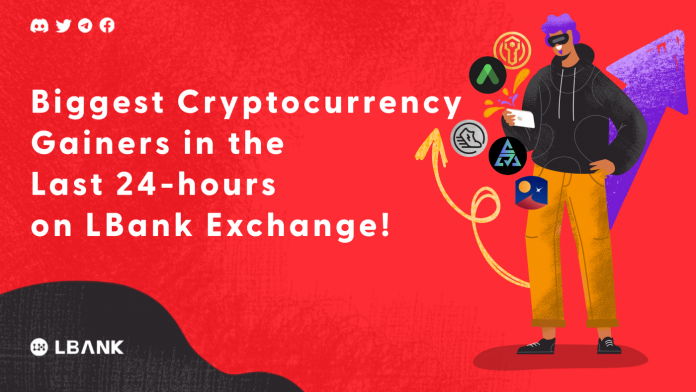 Tokens in the top 24-hours gainers’ list on cryptocurrency exchange LBank have moved up by as much as 83%. At the time of writing this, KEYS, an ERC20 token which is fueling the new era of digital and physical real estate, was ranked number 1 on the list of gainers at $0.0205 per token.

By holding KEYS on the top crypto exchange LBank, you will be able to buy and sell real estate and luxury assets in both the metaverse and physical world, gain access to exclusive investment opportunities and events, and become part of a powerful network.

ANC is another token that has been shooting up in popularity after being listed on the platform. ANC increased by 74.02% and currently trades at $0.221.

AnchorProtocol is based on the stablecoin project TerraMoney. It is a new type of savings protocol that aims to balance interest rates by coordinating block rewards from multiple different PoS consensus blockchains, and ultimately achieve a stable yield of storage interest rates.

The third token on the top gainers list today is MOONEY which jumped 48.50% in the last 24-hour to $0.022008. MoonDAO is an international collective of people united by the mission of decentralising access to space research and exploration.

Following up in the ladder is ASWC is up 31.44% which trades at $0.66238. ASSA stands for Autonomous Social Smartlife Association and is a cooperative for autonomous, social and smart life.

The innovation of the ASSA platform is equipped with low fees, trust building through Token Ecology, and governance in which participants directly decide policies. Meanwhile, GST1’s price is $2.7642, representing a 28.51% rise in the last 24 hours.

It looks like traders are finding their rising expectations met on LBank because the exchange in the past year listed several tokens that have impressed market players so far.

This article came directly from the LBank blog, found on https://medium.com/lbank/biggest-cryptocurrency-gainers-in-the-last-24-hours-on-lbank-exchange-3c542a11a750?source=rss-87c24ae35186——2