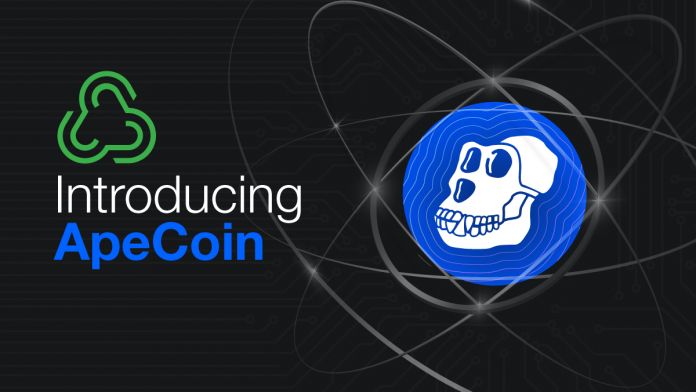 We are excited to announce the listing of ApeCoin (APE), the governance token of the ecosystem that powers the BAYC (Bored Ape Yacht Club) and MAYC (Mutant Ape Yacht Club) NFT brands.

ApeCoin is an ERC-20 token, a particular flavor of build-it-yourself cryptocurrency on the Ethereum blockchain. Most of the Ethereum-based social tokens that have taken off over the past year (think FWB, for the social club Friends with Benefits, and WRITE, for the Web 3 crowdfunding platform Mirror) are built using this framework.

APE holders will gain access to voting rights, games, events, merch, services, and projects within the APE ecosystem. Note, the total supply of ApeCoin is permanently capped at 1 billion tokens.

ApeCoin will function independently of YugaLabs through the ApeCoin DAO (Decentralized Autonomous Organization) and the APE Foundation, a steward organization created to execute the community’s decisions.

In terms of what the token will actually do, the full scope is currently unclear, but it is apparent that ApeCoin will be used as in-game currency for some titles that Yuga Labs has in the works, including a previously unannounced title being developed with San Francisco-based game studio nWay.

Since its launch, last April, Bored Ape Yacht Club has become the biggest name in the NFT world, with multi-million dollar sales and a growing list of celebrity owners. Yuga Labs is now in talks for multi-million dollar investment, and just last week it acquired two of the other biggest names in NFTs — CryptoPunks and Meebits — to expand its portfolio.

The company may be focused on the crypto world, but it seems to be orienting itself around games and other media going forward. And while it may not control ApeCoin, the token’s launch could position Bored Ape Yacht Club as the center of a broader blockchain gaming universe.

How Do I Buy ApeCoin?

ApeCoin is already available for trading on FMFW.io exchange in following the pairs: APE/ETH and APE/USDT 🚀

This article came directly from the FMFW.io blog, found on https://fmfw-io.medium.com/ape-to-the-moon-fmfw-io-exchange-lists-apecoin-978214a498dc?source=rss-12ea66dd7e99——2