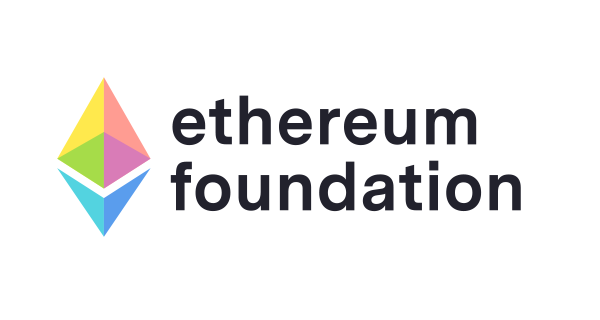 The Kintsugi 🍵 merge testnet, launched late December, has been a valuable testing ground for The Merge. Through various test suites, multi-client devnets, shadow forks of Goerli, application deployements, and the community’s help #TestingTheMerge, we’ve arrived at a set of stable and robust protocol specifications. Now that clients have implemented these latest specs, a successor to Kintsugi, Kiln 🔥🧱, is being launched!

Like the Ethereum mainnet, Kiln’s execution layer was launched under proof-of-work in parallel to a Beacon Chain running proof-of-stake. Kiln’s full transition to proof-of-stake is expected early this week. If you are reading this post after March 17, 2022, The Merge has likely already happened on Kiln!

Kintsugi, the previous merge testnet, will be deprecated in the coming weeks.

The easiest way to get started using Kiln is to visit the network’s landing page. There, you can add the network to your browser wallet, view block explorers, request funds from the faucet, and connect to a JSON RPC endpoint. If you’d like to be a validator on Kiln, the staking launchpad also supports the network.

With Kiln going live, now is the time to ensure that your product works as expected through the proof-of-stake transition and in a post-merge context. As explained in a previous post, The Merge will have only minimal impacts on a subset contracts deployed on Ethereum, none of which should be breaking. Additionally, the lion’s share of user API endpoints remain stable (that is, unless you are using PoW specific methods such as eth_getWork).

That said, most applications on Ethereum involve much more than on-chain contracts. Kiln is where you want to make sure that your front end code, tooling, deployment pipeline and other off-chain components work as intended. We strongly recommend that developers run through a full testing & deployment cycle on Kiln and report any issues with tools or dependencies to those projects’ maintainers. If you are unsure about where to open an issue, please use this repository.

Post-merge, an Ethereum full node will be the combination of a consensus layer client, which runs proof-of-stake on the Beacon Chain, and an execution layer client, which manages the user-state and runs the computations associated with transactions. These communicate over an authenticated port using a new set of JSON RPC methods, called the Engine API.

You can find the latest Kiln-supported release of clients here.

It is worth emphasizing that each layer will maintain an independent set of peers and expose its own APIs. The Beacon and JSON RPC APIs will thus both continue working as expected.

As explained above, validators on the Beacon Chain will need to run an execution layer client after The Merge. Pre-merge, this was strongly recommended, but it was possible for validators to outsource these functions to third party providers. This was possible because the only data required on the execution layer were updates to the deposit contract.

Post-merge, validators need to ensure that transactions in blocks they create and attest to are valid. To do so, an execution layer client is required. While this expands validators’ responsibilities, it also gives a validator who proposes a block the right to its associated transaction priority fees (which currently go to miners).

While validator rewards accrue on the Beacon Chain and will require a subsequent upgrade to be withdrawn, transaction fees will continue to be paid, burned, and distributed on the execution layer. Validators can thus specify any Ethereum address as a receipient for transaction fees.

Kiln is the perfect environment for existing stakers to familiarise themselves with the post-merge Ethereum context. We recommend trying to mirror your production setup on the network and ensuring that you work through any issues now.

Again, the staking launchpad provides a simple interface to get started. Note that as part of the renaming away from “eth2.0”, the ethereum/eth2.0-deposit-cli repository will soon be renamed to ethereum/staking-deposit-cli.

A date for the Ethereum mainnet proof-of-stake transition has not been set as of the publication of this post. Any source claiming otherwise is likely to be a scam. Updates will be posted on this blog. Please stay safe!

Assuming no issues are found with Kiln, once clients have finalized the details of their implementations, the existing Ethereum testnets (Goerli, Ropsten, etc.) will run through The Merge. Once these have successfully transitioned and stabilized, again, assuming no issues are found, a difficulty value will be set for the mainnet transition. Only then will it be possible to estimate the exact date for The Merge.

As an Ethereum user or Ether holder, is there anything I need to do?

No. If you want to try out Kiln, please do. We hope many community members will join us in #TestingTheMerge on Kiln.

The Ethereum mainnet is not affected by this testnet. Subsequent announcements will be made on this blog prior to mainnet’s transition.

As a miner, is there anything I need to do?

No. If you are mining on the Ethereum mainnet, you should be aware that after The Merge, the network will operate completely under proof-of-stake. At that point, mining will no longer be possible on the network.

As a validator, can I withdraw my stake?

No. The Merge is the most complicated upgrade to Ethereum to date. In order to minimize risks of network disruptions, a minimal approach was taken which excluded any non-transition changes from this upgrade.

Withdrawals from the Beacon Chain will likely be available as of the first upgrade after The Merge. Specifications for both the consensus and execution layers are in progress.

The previous merge testnet, Kintsugi, was named after the Japanese art of breaking pottery and fixing it using gold, making it both stronger and more beautiful.

In a similar vein, a Kiln is a high-temperature oven used to turn clay into hardened objects, such as pottery or bricks 🔥🧱.