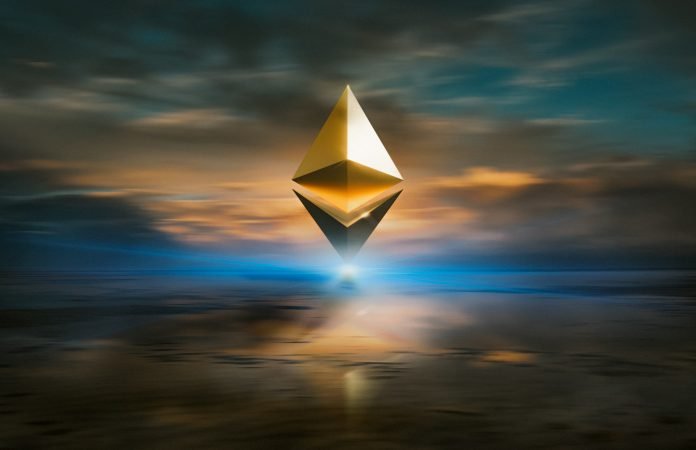 As the long-anticipated Ethereum merge, slated for mid-September approaches, discussions about what  ETH 2.0 is have come fast and furious. While crypto veterans debate the potential consequences of the merge, this concept might remain unfamiliar to crypto newcomers. This article explains the basics of ETH 2.0 and how it differs from ETH 1.0.

Compared with ETH 1.0 or ETH 1.X, ETH2 could be viewed as an update to the network that aims to upgrade the entire  Ethereum chain’s efficiency and scalability to better meet demands caused by increasing transaction volumes. The major difference between ETH 1.0 and ETH 2.0 is the consensus mechanism employed: ETH 1.0 applies the Proof of Work (PoW) model while ETH 2.0 uses the Proof of Stake (PoS) model.

ETH 1.0 is commonly known as the execution layer where smart contracts are located. ETH 2.0 is called a consensus layer that ensures the contributors to the network will act according to stipulated rules.

When did the concept of ETH 2.0 emerge, and how does it work?

ETH 2.0 is a phased project that started at the end of 2020 with the goal to improve the capacity and scalability of the network. The whole process could take a few years to complete. Each phase brings new improvements to the Ethereum network’s functions and capacity.

During the first phase which started on December 1, 2020, Ethereum released the Beacon chain – a ledger of accounts that conducts and coordinates the network of stakers. Unlike the Ethereum mainnet of today, the Beacon chain does not process transactions or handle smart contract interactions. Instead, it served to introduce PoS to the Ethereum ecosystem.

The second phase is known as the merge, which refers to the merge of the Beacon chain and the Ethereum mainnet that is likely to take place on September 19. After the merge, the Ethereum network’s consensus mechanism will shift from PoW model to PoS model.

The last phase is sharding. This is a common concept in computer science. In the Ethereum context, sharding will work synergistically with layer 2 rollups by splitting up the burden of handling the large amount of data needed by rollups over the entire network. According to Ethereum’s official website, the sharding that is expected to take place in 2023 after the merge phase will continue to reduce network congestion and increase transactions per second.

What are the major differences between ETH 2.0 and ETH 1.0?

Compared with ETH 1.0, ETH 2.0 should be viewed as being more akin to a revolution versus a regular upgrade. The following major changes will take place:

Put simply, the final goals of the ETH 2.0 roadmap are the PoS consensus mechanism and shard chains, which will transform the network into a more environmentally friendly, safer and efficient one, according to ETH official website.

At present, ETH1.0’s consensus mechanism is based on the PoW model. PoW relies on hashing (computing) power, which is known as “mining”, to create blocks on chains. Due to the inherent nature of mining, PoW demands high electricity consumption which is a key reason some countries have implemented a ban on the mining business.

The PoS model is widely considered to be an improvement to the PoW model, bringing energy savings alongside higher security and stability, as it relies on validators instead of mining for consensus.

Sharding is a mechanism that divides ETH’s main chain, distributing the data handling to many nodes. In this way, transactions can be processed in parallel shard chains at the same time. Consider each shard chain as a new lane being added to a busy highway, upgrading Ethereum from a single lane to a multi-lane highway.

ETH 2.0 was also designed with security in mind. Most PoS networks have a small number of validators, which makes the system more centralized and compromises on network security. ETH 2.0 requires a minimum of 16,384 validators to achieve decentralization and higher security.

This article came directly from the Hyobi Global blog, found on https://blog.huobi.com/all-about-eth-2-0-and-how-it-differs-from-eth-1-0/