A playbook for fighting patent trolls | by Coinbase | Mar, 2022 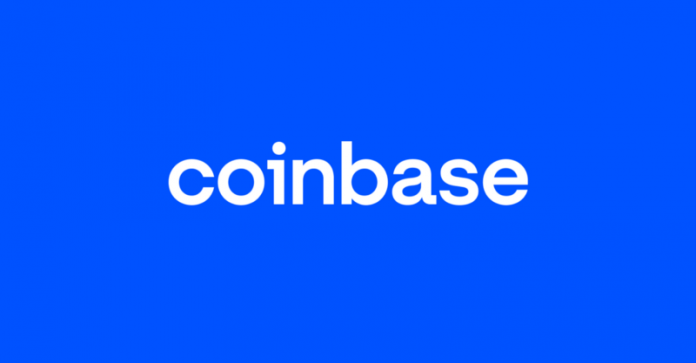 Coinbase recently won a case against a particularly aggressive patent troll. Today, we want to share some of what we learned in this fight — and what we’re doing to help more companies in the crypto community and beyond stand up to trolls as well.

What are patent trolls?

As a former federal magistrate judge, let me be clear: cases with merit deserve their day in their court. But patent trolls bring cases regardless of the merits and have a simple business model. Instead of actually building something, they buy up patents and then leverage the cost of defense to drive settlements.

Defending against a troll lawsuit can cost millions of dollars, no matter how bogus the claims. Many companies can’t afford to fight, especially smaller startups. Not surprisingly, almost 90% of companies sued by trolls choose to settle.

In many cases, trolls don’t win a lot of money. But they can win enough to do real damage to the companies they sue as a whole because the costs add up. In the U.S. alone, companies spend up to $30 billion a year fighting patent trolls — money they could be using to hire talent or invest in research and development.

That’s wrong. The crypto community in particular was built on innovation, and our future depends on companies of all sizes being able to do important work. No company, large or small, should have to live in fear of a frivolous lawsuit filed by a patent troll. And no troll should be able to stall progress just because it usually costs more to defend a case than to settle it.

How to vanquish a troll

So what can we do about it?

Trolls are notoriously hard to vanquish. Even if trolls only win a fraction of their cases, the occasional win can provide them with more than enough funds and financial incentive to launch many more. On the other side, losing just a single case to a troll can be financially devastating to many companies, which unfairly incentivizes companies to settle even frivolous troll cases that target the company’s core business.

At Coinbase, we’re fortunate enough to have lawyers and resources to aggressively fight back against patent trolls. In our most recent case, we didn’t even wait for the patent troll to sue us — we sued them first and filed an additional action to invalidate their patents at the Patent Office. When all was said and done, we didn’t pay them a single cent. But the troll who attacked us can still go after other companies, including some that might be too small to put up a fight.

That’s why the only way to truly beat patent trolls is by going after them relentlessly, and by working together to weaken them as much as possible. Here’s what that looks like in practice:

One key to fighting trolls is to be as aggressive as possible.

Cloudflare is a good example. In 2017, the company was sued by a patent troll. But instead of settling, Cloudflare fought back hard — refusing to pay, and putting out a public call for evidence that would invalidate not just the patent being used against Cloudflare, but all of the troll’s patents. It worked, and they’ve taken a similar approach to fighting other trolls.

At Coinbase, we’re following Cloudflare’s lead. If we’re sued by a patent troll, we will always fight back. We will also do as much as possible to invalidate a troll’s patents and refuse to pay simply for peace.

This will be expensive and time consuming for us as well. But we take seriously our responsibility as advocates for our customers, for our innovation, and for the crypto industry as a whole. We won’t stop fighting trolls and any other organizations that want to use patents to stifle innovation in the entire crypto community.

To make the fight against trolls successful, we can’t afford distractions. Companies need to avoid patent fights with other innovators.

This may sound obvious, but it’s important. Crypto is built on the idea that we are stronger together than any of us can be on our own. That applies to economic opportunity, but it also applies to innovation.

At Coinbase, we respect valid intellectual property rights. But we’ve pledged to only use our patents defensively to protect our brand and our customers. In other words, we believe cooperation is more powerful than competition — and we don’t want any patent wars in crypto, ever. Patent fights in our space just waste money that could be invested in creating innovative products for our customers.

That’s one of the reasons why we co-founded the Cryptocurrency Open Patent Alliance, also known as COPA. While COPA isn’t focused on fighting trolls, it is a non-profit community formed to encourage innovation in crypto and to remove patents as a barrier to growth and innovation. We encourage anyone who wants to avoid patent wars in crypto to join COPA.

Step 3: Take away the troll’s targets

Beyond working together and pushing back aggressively against trolls, we also need to make it harder for trolls to attack companies in the first place.

That’s the idea behind organizations like the LOT network. LOT is a group of companies that have joined forces to protect themselves — and each other — from trolls. If a patent owned by a member of the network falls into the wrong hands, the company that lost the patent agrees to license it to all other members of the group before a troll can use it.

In practice, this means that a troll can’t use a patent they acquired from one company to sue another company in the LOT network. It’s a way for bigger companies to protect smaller companies, and for smaller companies to protect themselves. Right now, there are more than 1,900 members of the LOT network holding a combined 3.3 million patents and climbing. And the bigger the network gets, the more powerful it will be.

That said, we realize that many companies don’t have the budget to join an organization like LOT. So we asked LOT what they could do to make it easier, and they agreed to extend a free one-year membership to everyone in our ecosystem — including the entire crypto community, COPA members, our business partners, and our institutional clients. Reach out to us at patents@coinbase.com if you fall into any of these categories and you’re interested in LOT.

We will keep fighting patent trolls as hard as we possibly can — not just to defend Coinbase, but to protect the broader crypto community. It’s the only way we’ll beat patent trolls once and for all, and we hope you’ll join us.

This article came directly from The Coinbase Blog, found on https://blog.coinbase.com/a-playbook-for-fighting-patent-trolls-21452839736b?source=rss—-c114225aeaf7—4